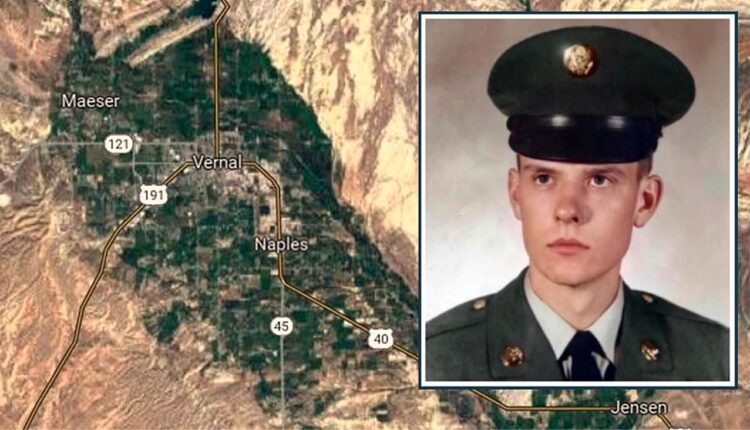 VERNAL, Utah, Nov. 23, 2022 (Gephardt Daily) — The Uintah County Sheriff’s Office, with help from state investigators and forensic scientists, has identified a suspect in the unsolved 1972 Thanksgiving weekend murder of an Army veteran and rape of the woman who was with the veteran when he was killed.

“Daniel Arthur Bell, who died in 2019, has been identified through extensive DNA testing as one of two men suspected of killing Gregory Dahl Nickell nearly 50 years ago at a scenic overlook west of Vernal,” says a statement released Wednesday by the Sheriff’s Office . Bell was 87 when he died.

“Immediately after the killing, Bell and the other man abducted Nickell’s date and later raped her. The identity of the second suspect remains unknown; however, forensic testing is ongoing.”

“Our investigators continue to develop and follow leads in the pursuit of justice for everyone who has been impacted by this heinous crime.”

Detectives hope Bell’s identification will lead to additional information that will lead them to the second suspect, who is believed to be younger than Bell by several years, the statement says. They want to talk to anyone who might recall the people associated with Bell in 1972, or anyone with any possible information about the case.

“Greg’s family deserves answers,” Labrum said. “The woman who was sexually assaulted that night deserves answers. If you’re the person who can help us give them answers, please come forward now and talk with our investigators.”

The crime happened on Nov. 26, 1972, sometime after 1 am, when Nickell and his date were parked at the scenic overlook. A man knocked on Nickell’s car window. Nickell, who had recently returned to Vernal after being honorably discharged from the Army, rolled the window down.

“The man said there had been a crash. He asked Nickell, 21, to drive into Vernal to report it,” the statement says. “Nickel agreed to help. As he turned from the window, the man shot him with a .22-caliber pistol. The man fired at least three more shots into Nickell’s body before shoving him on top of the 18-year-old woman in the passenger seat, getting into the car and driving onto US-40. 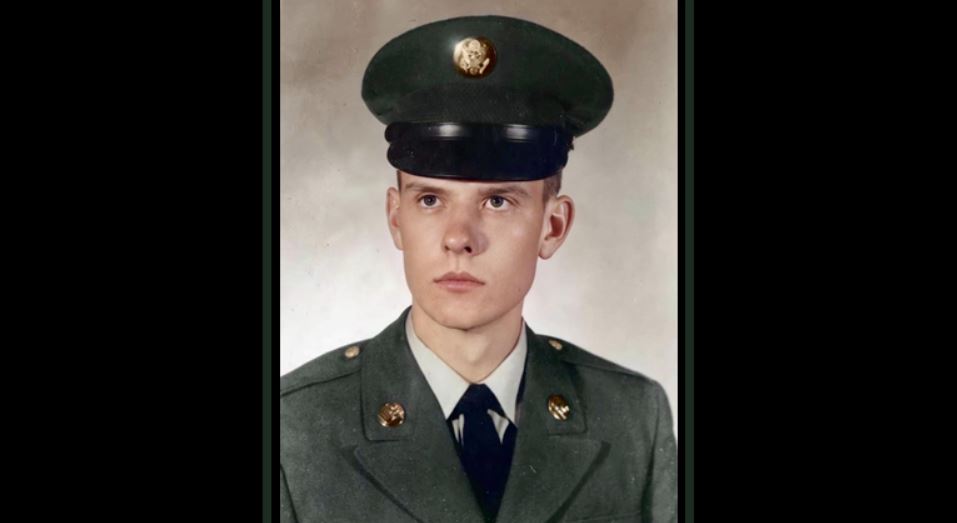 “The woman told investigators the man pointed a gun at her head and threatened her as he drove. Then a second vehicle pulled up behind them, flashed its headlights and pulled around them. The kidnapper followed the second vehicle and the woman said she realized he had a partner.

“The two men, whom the woman referred to as ‘Tex’ and ‘Johnny’ during interviews with investigators, drove to a remote area near the current day Brough Reservoir. The woman said she was moved to the back seat of the second vehicle and her head was covered with a coat or blanket. The two men used gas from Nickell’s car to set his vehicle on fire with his body inside.

“The men then drove around for several hours with the woman. She told investigators each man raped her once before they left her on the side of the highway near Duchesne, about 60 miles from where she had been abducted. The woman walked to a nearby farmhouse for help and law enforcement was notified.”

The woman was unable to provide investigators with a good description of her attackers, the statement says. She also couldn’t say where she had taken her between the time she killed Nickell and released her.

The men kept her head covered for most of her ordeal, she said, so she wasn’t able to see much.

A police officer in Rangely, Colo., reported encountering a car occupied by two men and a woman that night. It made a U-turn when the driver spotted the officer. The driver sped away, headed toward the Book Cliffs, and the officer was unable to catch him, the statement says.

The sheriff’s office set up roadblocks and conducted a four-day air and ground search of the Book Cliffs, but had no luck finding the men or their vehicle.

Sheriff’s investigators in 1972 also sent more than 30 pieces of evidence to the FBI Crime Lab for analysis. Nothing came of it. The case went cold.

“Forensic evidence collected from the woman at the hospital in Vernal shortly after her kidnappers released her, however, turned out to be the key to identifying Bell as a suspect; even though it took almost five decades for science and technology to make it possible,” the sheriff’s statement says.

“In January 2020, sheriff’s investigators resubmitted the evidence collected at the hospital in 1972 to the Utah Bureau of Forensic Services – the state crime lab – for testing. Two ‘unknown male’ DNA profiles were found and submitted to state and national databases. In September 2020, sheriff’s detectives were notified that one of the two unknown DNA profiles matched Bell. They also learned Bell died in March 2019 in Yakima, Washington, and was cremated.”

Detectives Vance Norton and Chase Hall began researching Bell to see if there was additional evidence that would link him to the murder and rape; evidence that might also lead them to the second suspect, the statement says. They learned that Bell lived in the Uintah Basin at the time of the crime. He worked on a ranch in the Book Cliffs south of Vernal and was familiar with the area’s backroads.

Bell moved away from Utah at some point after 1972. He was convicted of rape in Oregon in 1988, was paroled in 1999 and moved to Washington state, where he remarried.

Bell’s widow in Washington has cooperated with sheriff’s investigators, as have members of his family in the Uintah Basin. Norton and Hall obtained samples from two of Bell’s adult children in Utah and submitted them to the crime lab for comparison. When tested against the DNA profiles from the evidence collected in 1972, the samples from Bell’s children were consistent with a parent/child relationship, according to the lab.

Sheriff Labrum thanked the Utah Bureau of Forensic Services and Statewide Intelligence Analysis Center for their tireless work and ongoing support in the case.

“Without them, we wouldn’t be at this point and I know they’re committed to seeing this case through to a final resolution,” Labrum said in the prepared statement. “I’m grateful as well to the State Bureau of Investigation for the support and advanced DNA testing resources they’ve provided via the national Sexual Assault Kit Initiative.”

Labrum praised all who have contributed to the investigation. 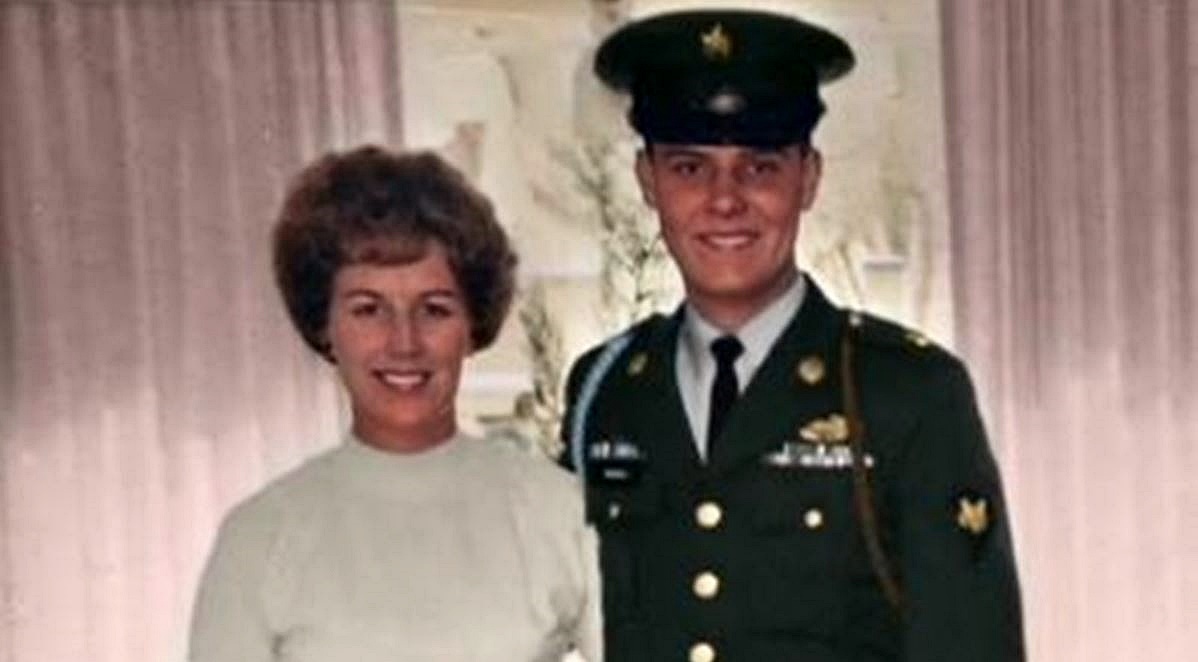 Greg Nickells is shown with his mother in this 1960s photo. Source: UCSO