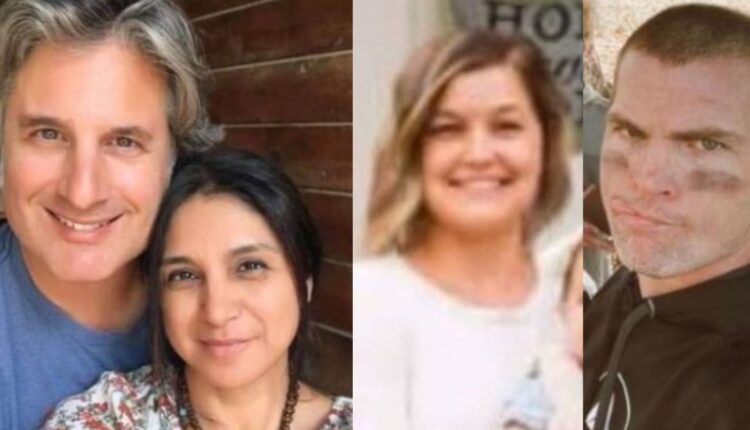 WEST JORDAN, Utah – Five members of an extended Utah family, including three children, were killed in the mass crash on I-15 on Sunday.

According to a GoFundMe page created by family and friends, Kortni Sawyer from St. George died in the crash along with her two children, son Riggins and daughter Franki. Kortni’s brother-in-law, Race Sawyer from Lehi, and his 12-year-old son Rider were also killed. Race was driving the vehicle in which all five were driving when the accident occurred.

Richard and Maricela Lorenzon from Salt Lake City were also killed in the crash, as was 15-year-old Cameron Valentine from Yuma, Arizona.

A GoFundMe has also been set up for the Lorenzons family. It is said the couple had four daughters, ages 7, 9, 21, and 26.

Numerous accidents were caused by a blinding dust storm that swept the highway in Millard County on Sunday afternoon, causing a chain reaction. Several people are reported to be in critical condition following the incidents.

According to GoFundMe for the Sawyer family, Kortni was a nurse while 6-year-old Riggins “recently graduated from preschool and loved basketball, superheroes, and Legos. Franki was 2 years old, brave and known as” Daddy’s Princess, “‘Shadow her brother and ‘Mama’s mini-me’. “

Kortni leaves behind her husband Mason and their son Blue.

The Post added that Race, 37, a “dedicated and loving husband and father, an incredible athlete, loved playing games and preferred Snickers for breakfast and burgers for dinner”. Rider has been described as “his mother’s greatest teacher, who always found the good in everything and was humble but highly competitive in everything he did.”

FOX 13 also spoke to Phil Gephardt, the owner of Factum Mixed Martial Arts & CrossFit in Sandy, where Race trained and fought for about six years.

“The two most important things for Race were absolute family and probably just memories with that family,” said Gephardt.

He said Race would treat MMA the way others would treat basketball in the Rec League; he would fight any contender willing to fight him.

“He was an athlete, he was a family guy, he was just a great guy,” he added.

Race and Rider are survived by Race’s wife Keshia and daughter and sister Faith and son and brother Ran.

“There’s so much more to be said about these incredible people,” read GoFundMe.

Nets On Fire, a St. George basketball facility where Mason Sawyer works, is also holding a fundraiser on Saturday.