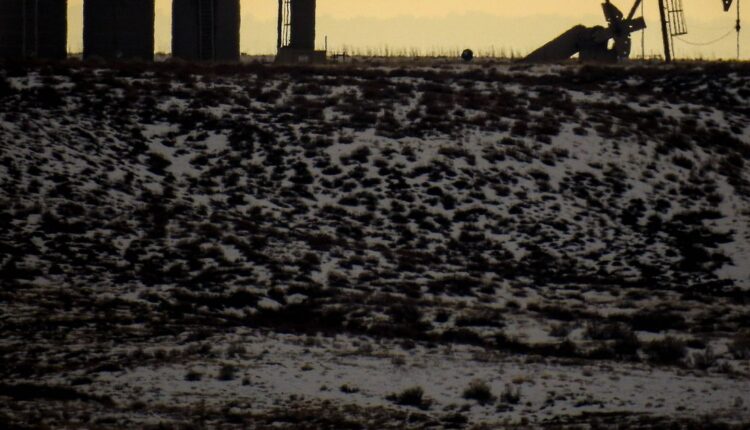 The Utah legislature tolerates the corruption that denies aid to rural communities that they need.

By Jackie Biskupski | Special on The Tribune

Something wonderful happens when you hang out with young people. You give hope.

The high school and college students who recently attended the International Youth Summit are great examples. They are committed to making Utah and the world a better place. But they have lost confidence in selfish politicians who have shown time and time again that they don’t give an iota for their future.

The latest example? State officials have misused nearly $ 110 million in public money to fund fossil fuel projects, which has failed the rural Utah communities, has deteriorated the health and well-being of every Utah, and gives our young people more reasons not to to trust.

For more than a decade, the Permanent Community Impact Board has stolen state mineral leases and royalties designed to help small towns and cities become overrun with fossil fuel extraction. Money that should have been used for much-needed water and sanitation services, road improvements and public safety equipment instead funded projects that make things worse, such as a planned oil railroad and refinery.

A new report from the Utah Clean Infrastructure Coalition and a state audit in 2020 prove all of this. The board of directors has been violating the federal law on mineral leasing since at least 2009.

The coalition’s August 17, 2021 report documents that Duchesne and Uintah counties identified $ 86.6 million of high-level priorities for Community Impact Board funding in 2020, including water tanks, sewers and fire hydrants. To date, Duchesne County has received less than $ 8 million in grants and loans, and Uintah County received only $ 4.3 million. In 2019 and 2020, the board funded seven fossil fuel projects totaling more than $ 48 million, including roads to facilitate oil and coal extraction.

The Legislative Auditor General’s investigation revealed that the Community Impact Board often failed to follow rules and guidelines that limited the award of awards to projects that help communities deal with the effects of mineral development. The audit highlighted the proposed Uinta basin pathway as one of the projects demonstrating the need to improve governance procedures.

How has the Utah legislature responded? After years of turning a blind eye and failing to contain this theft and then ignoring the recommendations of its own auditor, lawmakers passed a bill earlier this year that expanded the use of these federal funds to make money from the fossil fuel industry.

Of course, this new state law violates federal laws and nature conservation groups are suing. But what is perhaps worse, it shows how far the Utah legislature will go to suppress local control and how little lawmakers care about corruption.

I’ve stayed out of politics since I left office, but I can’t be silent when the very people responsible for Utah’s future – who are supposed to represent all of Utah – are looking after the fossil fuel industry and the needs of the locals ignore communities.

Maybe break your silence by breaking my silence, and together there is a chance we can stop it.

I have also asked the U.S. Department of the Interior and the Bureau of Land Management to conduct a thorough investigation into the spending of state mineral lease funds in the state of Utah since 2009 and take the necessary steps to ensure local communities get the funds they deserve .

I know times are tough, but I ask Utah residents to take five minutes to speak to their senators and state officials and request that they see all state mineral leases for unfunded local community projects insert.

We can stop these corrupt activities and give our young people reasons to be proud of Utah. We have to pretend that our and their futures depend on it. Because it does.

Qualtrics has big plans to expand in Europe: 1,000 jobs