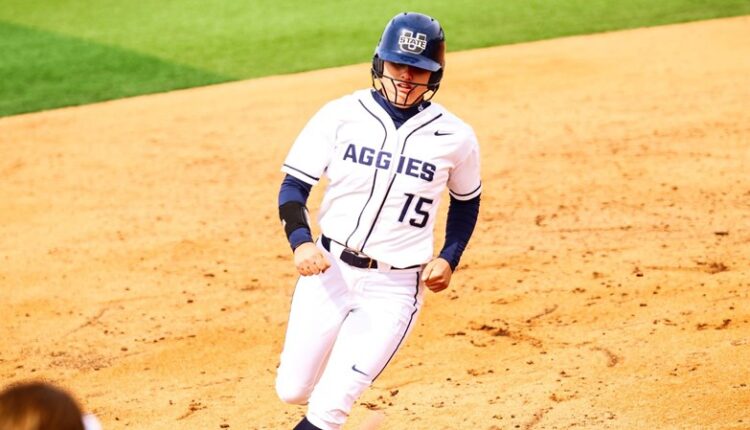 SDSU took an early 1-0 lead after scoring a run in the bottom of the first inning.

USU evened the score at 1-apiece in the top of the sixth. Junior Tyler Thornton pinch ran for shortstop Lexi Orozco after the senior reached on an Aztec fielding error. Sophomore second baseman Zaia Castruita then brought Thornton home with a double to left center.

The Aggies took the 3-1 lead in the next inning after scoring a couple of runs in the top of the seventh. Freshman pinch hitters Taryn Edds and Giselle Gonzalez got on base with a single and a hit by pitch, respectively. Sophomore pinch runner Libbie Hawker and freshman third baseman Claudia Medina replaced Edds and Gonzalez to run the bases. Junior center fielder Mazie Macfarlane then brought the pair home with a double to right center to give the Aggies the 3-1 edge.

San Diego State rallied in the bottom of the frame as the Aztecs scored three runs to secure the 4-3 win.

Senior Kapri Toone pitched her seventh complete game of the season for the Aggies, striking out three Aztec batters.

Alcohol-free bars are a hot trend, and it didn’t start in Utah