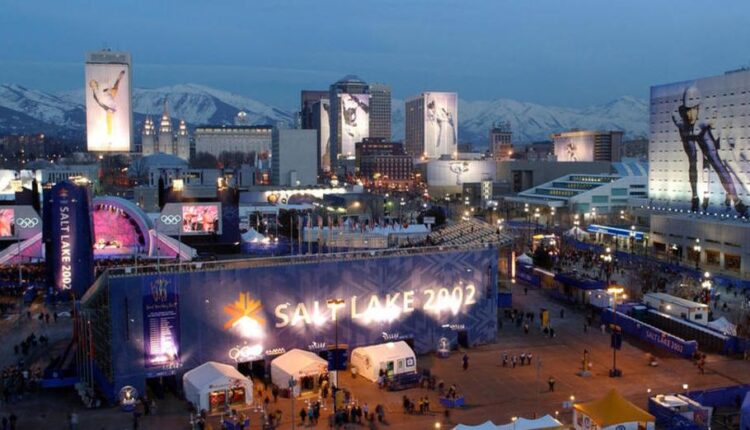 Supporters of Utah’s drive to bring the 2030 or 2034 Winter Games back to the state will not be traveling to Switzerland as quickly to meet with representatives from the International Olympic Committee for the first time than they had hoped after their meeting was postponed until December.

“It’s just part of an ongoing dialogue that is very flexible,” said Fraser Bullock, President and CEO of the Salt Lake City-Utah Committee for the Games, of moving the schedule to December 6th from what was earlier in late November was announced. apparently to accommodate several participants.

There are four other Winter Olympics bidders in talks with the IOC – Vancouver, Canada; Sapporo, Japan; Barcelona, ​​Spain and the Pyrenees; and Ukraine, where the country’s president Volodymyr Selenskyj hopes to turn the Svydovets region into “the Alps of Eastern Europe”.

The planned meeting of Utah at the headquarters of the IOC in Lausanne, Switzerland, with the recently formed commission for future hosts of the Winter Olympics is expected to determine the new, less formal process of the organization for selecting the location of the games.

That process – which doesn’t include a host naming schedule, traditionally done seven years before the Games – began on November 12 when Governor Spencer Cox joined Bullock and USOPC Chair Susanne Lyons to zoom in on commissioners meet.

“Our focus was on Utah’s exceptional preparation,” the governor said in a statement to Deseret News. “My message was that we are forever grateful for what the Olympic Movement has given Utah and now it is Utah’s turn to give back.”

Bullock, who, along with Steve Starks, the governor’s representative on the bid committee and his Olympic adviser, met with Cox a few days before the call to discuss what to talk about, praised the governor’s performance during the half-hour virtual meeting.

“The governor was his usual enthusiastic, exuberant, warm self on that call. And it was a very positive call, “said Bullock, who gave Utah’s application team the opportunity to speak to the IOC about” high-level elements of what the Utah Games would be like. “

The discussion also focused on “our strong legacy from 2002, the significant support in our community, and our progress to date,” said Bullock. The application committee works behind the scenes on budgets for the 2030 and 2034 Winter Games and negotiates contracts to secure competition venues and hotel rooms.

The IOC said in a statement that the prospective Hosting Committee “was delighted to meet virtually in November with the United States Olympic and Paralympic Committees and Salt Lake City-Utah Committees, as well as other national Olympic committees and regions participating in the hosting of the Olympics are interested in meeting Winter Games. “

However, the IOC declined to confirm which cities had meetings with the Commission, citing “the different interests of the various parties involved in these discussions” and the “confidentiality that each party requires in the further development of their project”.

The new process, the IOC press office told Deseret News, “has instilled confidence in cities and regions interested in holding non-binding discussions about hosting the Games,” and the price for tenders is expected to rise up to 100 million US dollars has increased by around 80%.

Utah’s quest to win the 2002 Games sparked a worldwide scandal over cash and gifts to IOC members, which led to recruitment reforms. Bullock said last summer he hoped to “set a record for the lowest Olympic application budget ever” and not spend more than $ 3.8 million from private sources.

Although it has been three years since USOPC chose Salt Lake City versus Denver as America’s choice to host future Winter Games, the organization has not yet made a decision as to whether the bid will be in 2030 or 2034. Supporters of Utah’s bid, who say “the sooner the better,” were hoping the matter would be resolved by the end of the year.

The Colorado Springs-based USPOC was in no hurry, but is slated to hold a board meeting in Salt Lake City next month while the U.S. Short Track Olympic Speed ​​Skating Tests take place December 17-19 at the Utah Olympic Oval in Kearns.

What complicates the 2030 election versus 2034 is that another US city, Los Angeles, will host the 2028 Summer Olympics. Consecutive Olympics in the same country are viewed as a hard sale that could harm domestic sponsors.

Ed Hula, founder and editor-emeritus of Around the Rings, a longtime global Olympic news source that started out in Atlanta and is now based in Buenos Aires, said the U.S. and international Olympic committees may be working out a way to bring a pair of games in the USA as “Olympic Moloch” for sponsors.

“Maybe they’ll put their heads together to find a way to make this a win-win situation where we have a super great package for advertisers,” he said, sort of a deal that will make the Olympics in the United States States maximized for both the 2028 Summer Games and the 2030 Winter Games.

The IOC, Hula said, may not take long to award not just in 2030 but also in 2034, now that several seemingly viable candidates have emerged. He said the race now appears to be between Salt Lake City and Vancouver for 2030, with Sapporo struggling to cut 20% of its proposed gaming budget, a possibility for 2034.

Like Salt Lake City, Vancouver and Sapporo previously hosted the Winter Games – Vancouver 2010 and Sapporo 1972. Barcelona is also the former host of the 1992 Summer Olympics. Ukraine briefly competed for the 2022 Winter Games in Beijing.

Salt Lake City might have an advantage, Hula said, because it’s “kind of plug-and-play.” It will be really attractive to them to have games that don’t worry ”after the 2020 Tokyo Summer Games were postponed for a year by COVID-19 and the controversy over Beijing over China’s human rights record.

“It won’t be long before they figure out which ball is best to play with,” he said, predicting that both 2030 and 2034 could be awarded at the same time, just like four years ago when the 2024 Summer Games went to Paris and Los Angeles got the 2028 Summer Games.

Vancouver has not yet been formally selected to bid on behalf of Canada, said Emilio Rivero, director of stakeholder relations for Vancouver 2030, describing it as a “nonprofit, nonprofit dedicated to the exploration of viability” to bring back the Winter Games British Columbia.

Any advantage the Canadian city has for 2030 “could be lost,” said Rivero, adding, “We’re a bit concerned about the wait, the waiting game that is going on right now.” British Columbia support for a bid fell from 60% in January to 43% in October, according to a poll in an article by Business in Vancouver.

“I think having the games on our side of the world is good for everyone,” he said. “We are twin cities. We are so close … Whether 2030 or 2034, we are of the opinion that we urge you to get a good feeling about the IOC in order to get either one or the other. ”