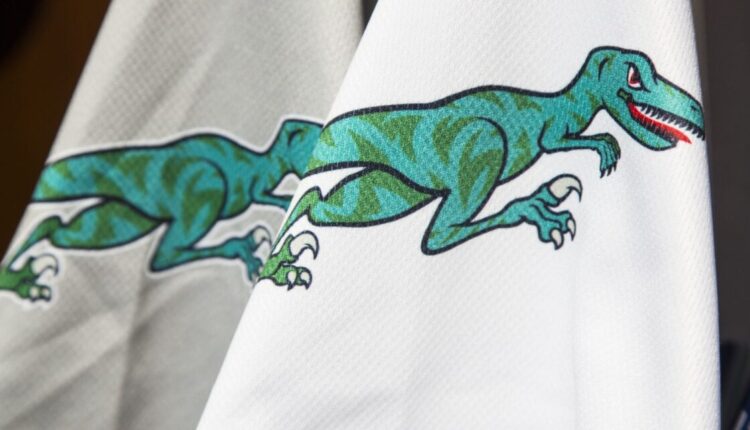 Ogden infielder Jesus Valdez homered twice to help bring the Raptors’ offense out of a funk and snap a four-game losing streak in the second game of a doubleheader Saturday at Grand Junction.

The grueling eight-game series comes to a close at 3:35 pm Sunday before Ogden gets Monday and Tuesday off.

Ogden and Grand Junction are each 15-14 at the top of the Pioneer League South Division, with GJ holding a 7-4 head-to-head advantage.

The Rockies’ win in Saturday’s first game guarantees Ogden will lose a series for the first time this season.

In Saturday’s first seven-inning game, a make-up from a rainout in May, Raptors ace Ronny Orta took his first loss of the season, giving up four runs in 5 1/3 innings as Ogden’s losing streak hit four games.

It was 1-1 through three innings, with GJ’s Casey Petersen singling in a run in the first and Dustyn Macaluso doing the same for Ogden in the third.

In the fourth, Rockies shortstop Shawn Ross hit a solo homer and catcher Austin Elder drove in a run with a single to make it 3-1.

Raptors second baseman Dakota Conners homered in the fifth to make it 3-2, but that was all Ogden could muster against Roberto Baldenebro in his six-inning win. Petersen hit a solo homer in the sixth to give the Rockies their final tally.

Jesus Valdez helped Ogden break loose and get back in the win column in Saturday’s nightcap, hitting 3 for 4 with two home runs and four RBIs.

Josh Broughton hit 3 for 4 from the leadoff spot, scoring three runs. Christian Day got the win for Ogden, giving up three runs on six hits in six innings.

Jackson Lancaster threw a scoreless ninth, allowing a two-out double but otherwise retiring the side.

After Broughton scored on an Alexiades groundout, Ogden took a 2-0 lead to open the game when Valdez singled in Pat Adams.

GJ answered in the bottom half when Shawn Ross homered for the second time in the day, a two-run thinger to put the home team up 3-2.

It was all Ogden from there. Broughton again scored on an Alexiades groundout to tie it in the third before Valdez hit a solo knock to return the lead to the Raptors at 4-3.

The Raptors gave Lancaster a better cushion in the top of the seventh when Adams singled in Broughton, Valdez hit a two-run homer and Andrew Noviallo socked a solo home run for the final score.

Valdez has played in every game for Ogden so far this season and his currently hitting .402 with eight home runs, four doubles, 29 RBIs and an on-base percentage of .492.