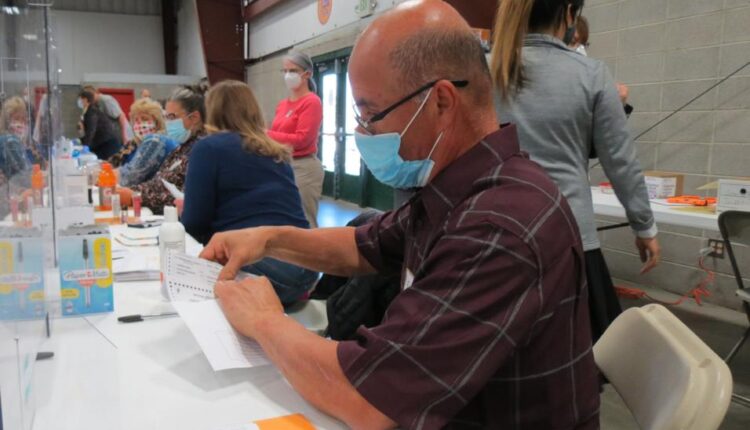 OGDEN – The time has come to sort out the candidates, at least for some voters in Weber and Davis counties.

A few campaign signs have surfaced and campaign literature has surfaced in mailboxes. Now comes the next step – voting. Weber County’s polling director Ryan Cowley said the ballots for the five municipal primary elections this election cycle will be in voters’ mailboxes this week this week. Ballots for 15 Davis County primary elections are also being cast this week.

“You could leave today,” Cowley said Tuesday, and they should be there by July 27th, if not earlier.

A wide variety of mayoral seats and city council offices are available for election throughout Utah during this cycle.

There are two races on the ballot in Ogden, for the A and District 3 seats on Ogden City Council. West Haven voters will cut the list of mayoral candidates from three to two. In North Ogden, voters will reduce the list of hopefuls for two places on the city council from seven to four. Washington Terrace voters in the meantime will cut the list of candidates for two seats on the city council from eight to four.

Weber County has a total of around 60,000 postal votes, which is less than half the total number of registered voters, as primaries only take place in Ogden, West Haven, North Ogden and Washington Terrace.

As has been the case for many years, Utah voters will vote by postal vote, which will be sent back to election officials in each electoral district. They have to be postmarked by August 9th, but can also be handed in at several ballot boxes by August 10th at 8 p.m. According to Cowley, typically more than 90% of Weber County’s voters send in their ballots.

Weber County is open for August 4th, 5th, 6th, and 9th daily from 12:00 PM to 6:00 PM at the Weber Center, 2380 Washington Blvd. in Ogden. On August 10, the day of the primaries, the polling station will be open to voters from 7 a.m. to 8 p.m. Election workers issue replacement paper voting slips for those who appear for personal election.

Davis County face-to-face polls will not take place until August 10th in multiple locations in the county.

The top primary vote winners will make it to the November 2nd election when voters make their final decisions. Some races with fewer candidates do not require primaries and the hopefuls in these competitions will go straight to the November vote.

The turnout in a year without elections such as 2021, if there are no nationwide or state-wide candidates on the ballot, is usually between 40% and 50%. In contrast, last November, a year of the presidential election, the turnout was 89.3%.

Registration deadline for the area code is July 30th.

Delta variant causes an increase in cases in unvaccinated Utahners