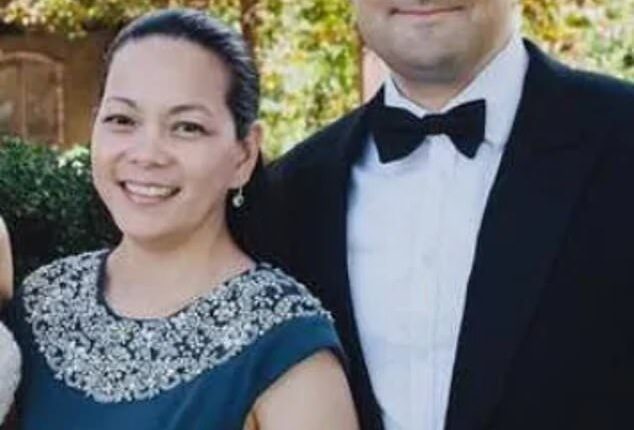 A cavalier pilot flying at night without the required equipment or training caused a helicopter to crash into the ocean, killing five people, an inquest has found.

Jamie Ogden, Grant Kuhnemann, Gregory Miller and his partner Jocelyn Villaneuva were on board when the ex-military ‘Huey’ helicopter lost radar contact near Newcastle about 6.30pm on September 6, 2019.

The wreck of the Bell UH-1H helicopter was later pulled from the water 8km from Fingal Bay, with the passengers and pilot David Kerr believed to have been killed on impact.

Ms Villanueva (left) and her partner Gregory Miller (right), Jamie Ogden, Grant Kuhnemann and pilot David Kerr had taken off in a Bell UH-1H helicopter from Brisbane on Friday 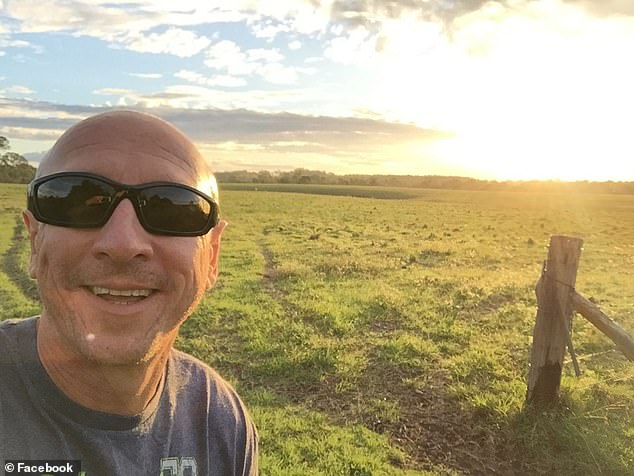 The aircraft disappeared off the radar near Anna Bay in Port Stephens before it could reach its Sydney destination. Jamie Ogden (pictured), who was on board, was a financial planner and father of two

Only two bodies – those of Mr Kuhnemann and Mr Miller – were ever recovered, with the rest previously classified as missing persons.

Mr Kerr was piloting the aircraft from Archerfield Airport in Queensland to relocate it to Bankstown Airport in Sydney for new part-owners Mr Miller and Ms Villanueva who had paid a $200,000 deposit.

Mr Ogden and Mr Kuhnemann were just along for the ride.

The coroner found the flight – originally planned to take off mid-morning – was delayed by several hours and took off about 2.30pm, only three-and-a-half hours before dusk.

As the helicopter stopped to refuel in Coffs Harbour, the weather was also becoming increasingly unfavorable – windy and smoky.

‘Others recognized how windy the weather was and were ‘shocked’ that an aircraft would be flying in those conditions,’ Ms Huntsman wrote in her findings.

‘A reasonable and prudent course would have been to have suspended the flight and continued the next day. 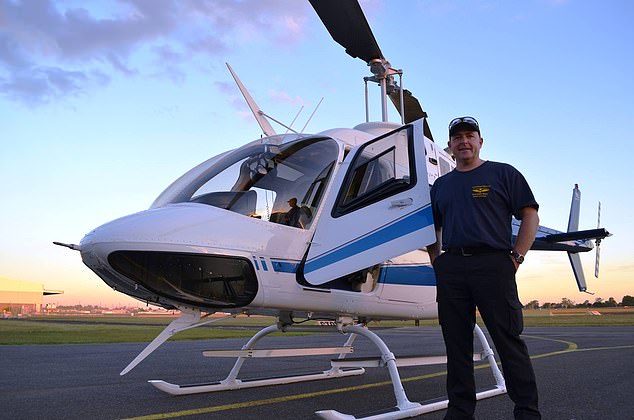 ‘However, it may have been that David Kerr was experiencing “plan continuation bias”… so he made a decision to continue through to Bankstown in spite of changed and worsening conditions.’

The inquest heard the chopper would have arrived at Bankstown well into the evening but was not fitted with equipment to enable it to be flown in those conditions and Mr Kerr was not trained or qualified to fly at night.

Within 10 minutes of nightfall, he appeared to lose control of the aircraft and it disappeared from the radar.

Seconds before the helicopter vanished a ‘short, loud, indistinct’ transmission was received over the radio – which is suspected to have been a shout or scream. 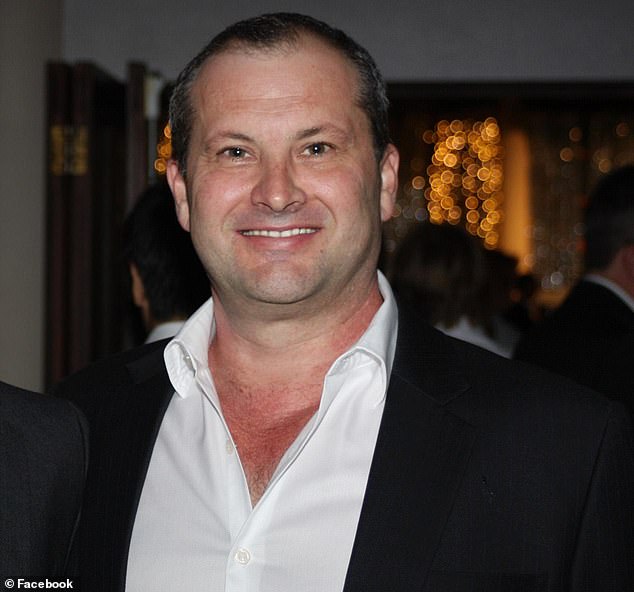 An investigation found the chopper was plummeting towards the ocean at a speed of 2.575ma minute.

No emergency calls or distress beacons were activated.

Ms Huntsman found the pilot was trained to use visual cues, which were absent at night, and became disoriented.

‘The pilot exposed everyone to risk by flying with the aid of visual cues only once daylight had receded,’ she said.

The inquest also raised issues about Mr Kerr’s non-disclosure of medical conditions and medications, but Ms Huntsman said there was no evidence that played a role in the crash.

She declined a suggestion she formally recommends the implementation of reporting obligations for doctors treating commercial pilots with notifiable drugs or for conditions that may affect their ability to manage an aircraft.

Mr Kerr, Mr Ogden, and Mr Kuhnemann were all former police officers, Mr Miller was in the army, and Ms Villaneuva had worked for Qantas and the government. 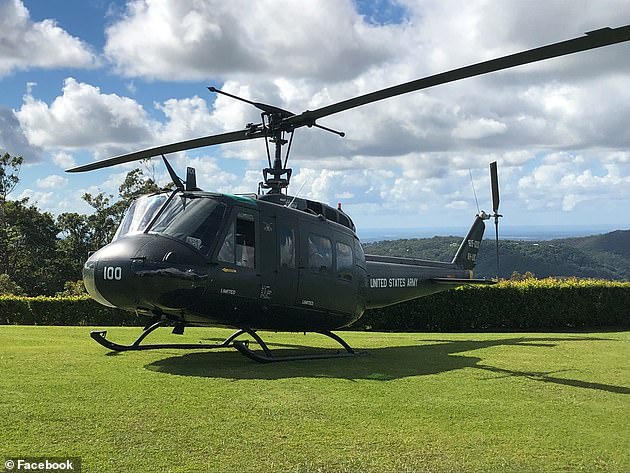 ‘They were a beautiful couple. I’m proud of who they were and what they did,’ she said.

Mr Ogden’s brother Darren described his sibling as someone who loved life who had made the career change from senior police officer to financial planner.

He said his brother had been talking about the trip for weeks, and was making moves to live entirely off the grid.

The families of the four passengers were scathing of Mr Kerr at the inquest on Tuesday.

Gregory Miller’s mother said she was seeking legal advice as to whether Mr Kerr sufficiently discharged his responsibilities as pilot.

‘Joc and Greg tragically trusted the ability of a pilot… who did not put the safety of his passengers first and foremost,’ they said in a statement read to the court.

These 25 College Towns Have the Best Social Life