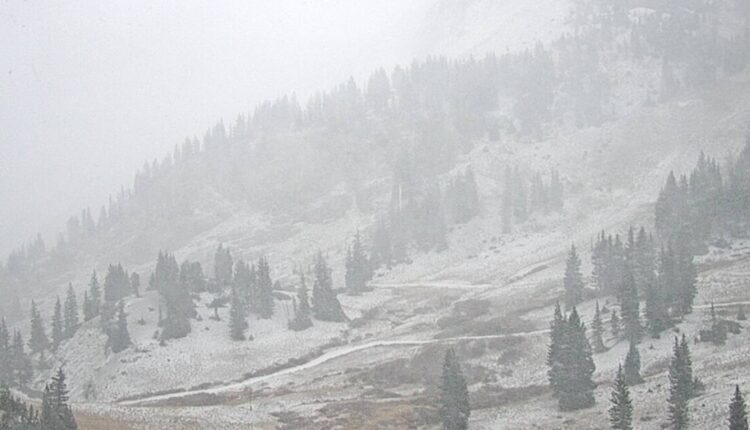 Due to wind gusts over 60 miles per hour, Interstate 80 between Wendover and Lake Point has been closed to high-profile vehicles including semi-trucks, trailers and RVs.

Several ski resorts in Big and Little Cottonwood Canyons featured snow falling on their weather cameras just after sunrise through the late morning.

A Winter Storm Warning is now in effect in the mountains of northern Utah and the Wasatch Front until midnight on Monday. Some mountain areas, like Alta, are forecast to see about 26 inches of snow through Monday. Snowbasin Resort is expecting 7.5 inches, while Sundance Resort could see nearly 9 inches of snow.

At 11 am, the Salt Lake City office of the National Weather Service reported snow levels at around 8,500 feet, but those levels are expected to drop to 5,500 feet by later in the afternoon.

Most of northwest Utah, including the Wasatch Front, is under Wind Advisories until 6 pm with some areas seeing gusts in excess of 40 mph ahead of the cold front. The NWS says winds should decrease this afternoon as the front passes.

High Wind Warnings are also in place in southwestern Utah until midnight Sunday.

Rain and snowy conditions in higher altitudes will continue to be seen in the northern part of the state on Sunday, with high temperatures remaining in the 40s.