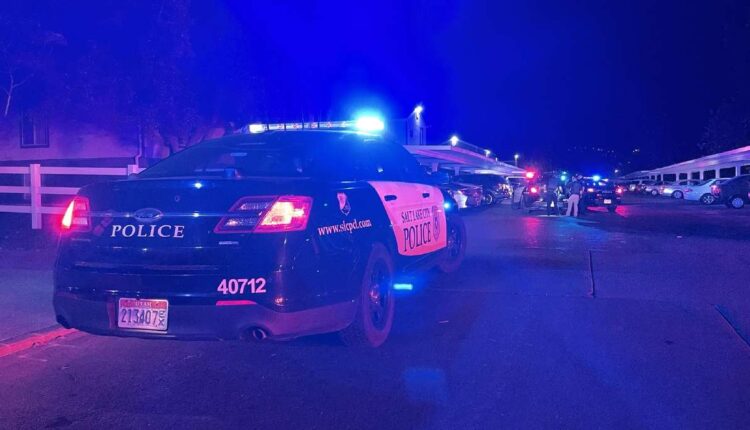 SALT LAKE CITY — A woman who was critically injured after a shooting in Salt Lake City on Sunday has died from her injuries.

The shooting occurred at the Downtown West apartment complex at 718 N. 900 West about 8:35 pm, police said in a news release. Officers responded to a report of a shooting and found the woman who had been shot inside an apartment unit. She was taken to a local hospital where she died. Information about her, including her name, has not been released yet.

Police detained two men inside the apartment for questioning and said the shooting does not appear to be random. “Based on the preliminary information, the woman and two men detained all know each other,” police said.

Detectives are investigating the incident as a potential domestic violence-related homicide.

“What’s going to happen now is our homicide detectives are going to come out, they’re going to start processing the scene, talking with any witnesses, trying to gather what happened here,” said police spokesman Brent Weisberg.

Anyone with information about this incident is asked to call police at 801-799-3000.

Police urged anyone who has experienced domestic violence to call the number above and ask to speak with a victim advocate, or call a 24-hour hotline at 801-580-7969.

Help for people in abusive relationships can be found by contacting:

Lisi Merkley is a news producer for KSL.com. Prior to joining KSL in May 2021, she was editor in chief of The Daily Universe at Brigham Young University, where she graduated with a bachelor’s degree in communications and Spanish.

Is Covid ‘Under Control’ in the US? Experts Say Yes