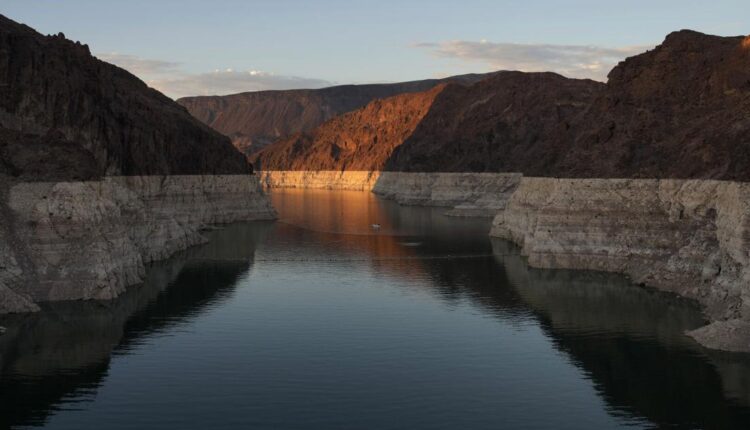 Despite the threat of federal restrictions earlier this summer, the Bureau of Reclamation won’t limit water use in Wyoming or three other Colorado River headwaters states as an emergency response to shrinking water supplies throughout the Colorado River Basin, the agency said Tuesday.

Instead, it will again restrict flows from Lake Powell and Lake Mead while tapping upstream reservoirs, including Flaming Gorge on the Wyoming-Utah border, for additional releases in 2023.

The federal agency will also impose water-use restrictions in Arizona (21%) and Nevada (8%) while flows across the border to Mexico would be reduced by 7%. California, meanwhile, avoided federally initiated water cuts.

For its part, Wyoming and the three other Upper Colorado River Basin states declined to commit to sending specific flows into the system in 2023 and said more time is needed to implement voluntary restriction programs. Until water volumes from the upper basin states shrink enough to trigger curtailment actions agreed to under the Colorado River Compact, “we must rely on voluntary actions from our water users,” Wyoming State Engineer Brandon Gebhart told WyoFile.

“It would be complete speculation to commit to a volume,” Gebhart added, until the federally funded System Conservation Pilot program, for example, is extended and water users voluntarily take part in it. The program pays those with water rights to voluntarily restrict their water use.

The Bureau of Reclamation’s 2023 operations plan, for now, mostly aligns with the upper basin states’ proposal.

The compromise between the upper basin states and BOR doesn’t match the severity of the worsening water supply-and-demand imbalance, however, according to a coalition of Colorado River conservation groups. The BOR in June asked the seven Colorado River Basin states, and Mexico, to voluntarily commit water use cuts that would add between 2 million and 4 million acre feet of water for the 2023 water season, or face federal restrictions for each state.

On Tuesday — the deadline for states to offer their voluntary cuts — the BOR essentially demonstrated its unwillingness to impose sufficient emergency actions in the absence of voluntary commitments, especially among upper basin states like Wyoming, said Utah Rivers Council Executive Director Zach Frankel.

“The day has come for the Department of Interior [which oversees the BOR] to cut between 2 [million] and 4 million acre feet of water, and it hasn’t happened,” Frankel told reporters during a press call Tuesday. “Instead we see another 24-month forecast which crosses fingers and hopes for the best. We got to get serious about climate change and this aridification period that we’re going through.”

Lake Powell and Lake Mead — the two largest reservoirs on the Colorado River — have shrunk to historic lows this summer amid a 23-year drought that climate experts describe as the “aridification” of the West. Conditions already threaten the ability to generate hydroelectric power at Powell and Mead while diminishing water supplies throughout the southwest where some 40 million people rely on the Colorado River Basin system.

The BOR in May initiated the release of an extra 500,000 acre feet of water from Flaming Gorge Reservoir and announced it would not release the otherwise planned discharge of 480,000 acre feet of water from Lake Powell. The effort, according to the BOR, was necessary to prevent Powell from reaching “dead pool” status this summer — the point at which the water level is too low to generate hydroelectric power.

The agency’s latest operations plan for 2023 is based on the most recent “24-month study,” which projects that similar water saving efforts will be required, depending on winter snowpack and precipitation in the region as well as erratic climate conditions that could exacerbate evaporation and soil intake moisture.

“The conditions and the risks have not changed and have only been bolstered by the real-time observable and quantifiable data we are not only seeing in the basin, but across the West,” BOR Commissioner Camille Touton said during a livestream presentation Tuesday. “The system is approaching a tipping point, and without action we cannot protect the system and the millions of Americans who rely on this resource.”

Total storage in the Colorado River system declined to 35% this June, according to the BOR. “When the system gets to 30%, it’s done. There’s no more water left,” Living Rivers and Colorado River Keeper co-founder John Wisdom told reporters.

The Green River, which originates in the Wind River Range in western Wyoming, is a primary tributary to the Colorado River. It fills the Fontenelle Reservoir south of La Barge and Flaming Gorge on the Wyoming-Utah border.

Because they are home to headwaters to the system, Wyoming, Utah, Colorado and New Mexico make up what is known as the Upper Colorado Basin States. Their primary role is supplying water to the rest of the system, but that’s mostly dictated by how much Mother Nature provides in the form of seasonal snowpack, according to the coalition.

The menu of drought response actions that the BOR has selected from so far are rooted in the 1922 Colorado River Compact, which has been shaped by hundreds of amendments and numerous court rulings, as well as emergency water use reduction agreements struck in 2007 and 2019. In other words, the BOR hasn’t yet imposed any actions that the states haven’t already agreed to.

Although the BOR holds authority over much of the Colorado River Basin system via federally owned and operated reservoir dams and other infrastructure, states, tribes and other stakeholders maintain their own powers. For example, the BOR doesn’t need approval from Wyoming or Utah to release water from Flaming Gorge Reservoir, but Wyoming maintains that the federal government cannot unilaterally impose restrictions on those with water rights in the state.

“The state is actively interested in making water available to satisfy existing and future uses in Wyoming while also recognizing the limited nature of the supply and the state’s obligations under the Colorado River Compacts,” State Engineer Gebhart said.

In response to the BOR’s call for voluntary 2023 water use cuts among all Colorado River Basin states, the upper states — via the Upper Colorado River Commission — notified federal officials in July they would instead institute a “5-point plan” to encourage water conservation and efficiency. At the same time they asked for the extension of federal programs to help fund the strategies. They declined to commit to sending specific volumes downstream by forgoing or restricting water use.

In addition to maintenance and upgrades at Glen Canyon Dam to prevent wasting water that flows from upper basin states, the BOR said it will “invest in system conservation and voluntary agreements.” Agency officials also noted that the bipartisan infrastructure law and the partisan Inflation Reduction Act provide a combined $12.3 billion to rebuild and design more sustainable water and energy infrastructure in the face of climate change.

But the promise of federal funds and voluntary cooperative efforts from both the BOR and upper basin states doesn’t measure up to either the immediate water crisis or the longer term outlook for a Colorado River system decimated by climate change, Colorado River conservation advocates say. Wyoming and other upper basin states are downplaying what they can contribute to the emergency effort and longer term realities, and the BOR appears reluctant to force their hand, Great Basin Water Network Executive Director Kyle Roerink said.

Wyoming, Utah and other upper basin states should have already compiled a priority schedule based on the existing allocation of water rights in their states, Roerink said. That would give water users clarity about where they stand if and when restrictions are imposed. Gebhart has said much of that work remains to be done in Wyoming. Limited staff and resources can be a challenge to accomplish the work, Roerink acknowledged. But both the BOR and upper basin states need to do more to ensure a plan is in place, he said.

“This is a mystery that many of us have been trying to get to the bottom [of] for years,” Roerink said. “What the hell is a [water right] priority [system] worth if you ain’t gonna use it?”

The BOR’s failure to ask all Colorado River Basin states to share in the reductions may also exacerbate a rift among them, critics say. Rep. Greg Stanton (D-Arizona), for example, criticized the White House this week for the BOR’s failure to take more action.

“The Department’s [of Interior] failure to act as well as its failure to require all basin users to share the sacrifice to solve this crisis has created a significant state of uncertainty that pushes this delicate system closer to collapse,” Stanton wrote in a letter to President Biden.

‘An Arm and a Leg’: How to Negotiate for Lower Medical Bills