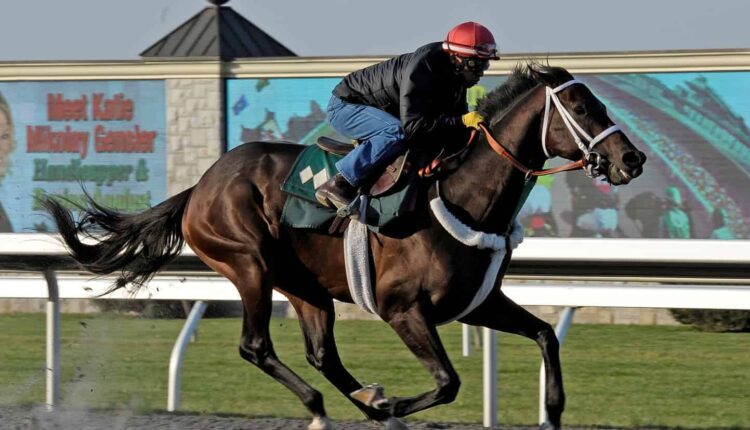 Equine-assisted therapy programs need more horses—and retired racehorses might be well-suited to fill these roles, according to equitation scientists.

Nearly 75% of equine-assisted services providers who don’t yet work with Thoroughbreds said in a survey they would consider using the horses in their programs. This could be an additional second-career option for retired Thoroughbred racehorses, or off-track Thoroughbreds (OTTBs), which providers characterized as having the intelligence, sensitivity, and responsiveness equine-assisted services (EAS) programs seek, said Claire Neveux, PhD candidate at the University of Bristol Veterinary School, in Langford, UK, and equine behavior consultant with Ethonova, in Normandy, France.

“The retraining and welfare of post-racing Thoroughbreds is a highly topical issue, and equine-assisted services could be considered for their next career,” Neveux said, speaking on behalf of her research team during the 2022 International Society for Equitation Science (ISES ) Conference, held Aug. 9-12 in Hartpury, UK

OTTBs are commonly retrained as sport horses after retiring from racing. “Thoroughbreds are often considered to be a very reactive, anxious, nervous breed,” Neveux said. But the horses also have qualities such as intelligence, curiosity, and physical fitness that could make them good candidates for therapy programs.

Curious whether providers would include OTTBs in their programs, Neveux and her fellow researchers sent out surveys to 129 EAS providers in multiple countries. About a third of respondents were from the US, and another 28% were from France. The UK and Ireland made up 15.5% and 4% of the represented countries, respectively.

The respondent described 427 therapy horses, ponies, and donkeys ranging in age from weanling to 35 years old, Neveux said. In general, the respondents said the main criteria they looked for in horses to use for their programs were good temperaments, not kicking or biting, and enjoying their work.

The vast majority were Warmbloods and ponies, Neveux said. But Thoroughbreds made up 13.5% of the equids, and nearly one-third of the providers already had OTTBs in their programs.

Among providers who did not use OTTBs, three-fourths stated they would be willing to consider the possibility, Neveux said. More than helped the providers said Thoroughbreds have “specific characteristics making them especially interesting” for equine-assisted therapy.

“They particularly mentioned their sensitivity, their responsiveness, their intelligence, and their background experience,” Neveux said. Many Thoroughbreds have already been exposed to crowds of people, noises, and new places from their careers on the track, so new experiences are often common place for them, making for an easier transition into careers as therapy horses.

Neveux said researchers still need to investigate how these horses adapt to their new careers and explore their personalities and reactivity to humans in greater depth. Her team is preparing this next phase of study, which will be carried out in the context of horse welfare and human safety.