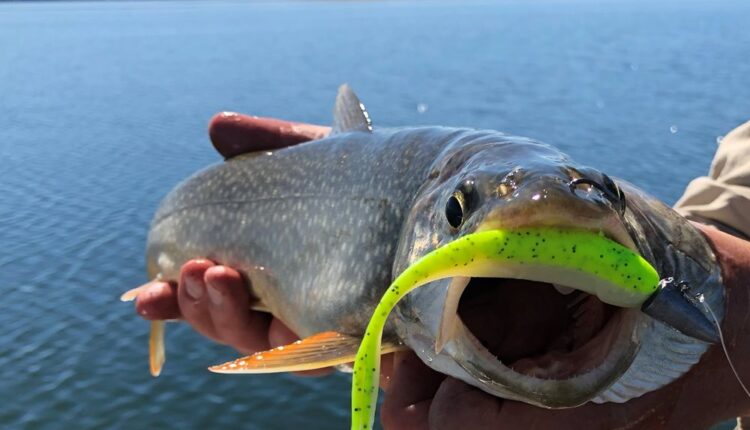 Wyoming anglers are encouraged to catch lake trout, which is a threat to Kokanee in the Flaming Gorge

CASPER, Wyoming – The Wyoming Game and Fish Department announced Sept. 30 that it is encouraging anglers to catch some of the many small lake trout in the Flaming Gorge Reservoir this fall.

The large numbers of small adult lake trout in the Flaming Gorge are of concern to fishery managers as the predators threaten the numbers of young Kokanee.

“Whether you are a Kokanee angler or a trout trout angler, the future of your fishery depends on the continued harvest of these small predators,” said Game and Fish. “Flaming Gorge offers the option to stock the freezer with smaller lake trout (under 28 inches), and with liberal limits of 12 per day and 24 owned, the ability to take home lots of delicious trout.”

The department said October is a good time for anglers to catch small lake trout, also known as “pups.”

“In early October, the pups begin to line up in large groups in deep water from 50 feet to 80 feet next to their favorite spawning sites,” said Robb Keith, Game and Fish Fisheries Director for the Green River Region. “Small adult lake trout spawn over large gravel / cobblestones on shallow underwater bumps, ridges and rock slides.”

“Rock slides are typically associated with large and small cliffs and steep slopes. Between October 10th and October 25th, they can be found at depths of 1 to 25 feet in and next to their preferred spawning substrate. “

Game and Fish said that small adult lake trout can be cooked in a variety of ways, including smoking, grilling, roasting, and canning.

“If you’re trying to canned them, toss a few slices of jalapeños in the fish jar before canning,” Game and Fish suggested.

California Vaccine Mandate Extends to Aides for People With Disabilities