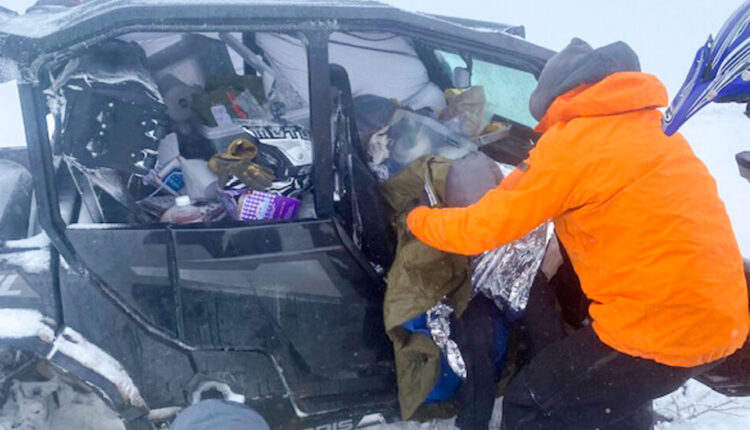 “Mountains, trails and bodies of water can be dangerous to venture out into at this time of year as the weather changes rapidly,” Davis County sheriff Kelly V. Sparks said in a statement. “Even light rain in the valley can lead to blizzards at higher altitudes.”

The DC Peaks 50, which was held for the first time, was supposed to take runners over a mountainous course made up mostly of trails, but also includes some service roads and 4.1 kilometers of paved road, according to the race’s website. It is described on the website as “a tough course” with an elevation gain of approximately 11,700 feet and a descent of 8,637 feet.

Jake Kilgore, a race director, said he and the other director, Mick Garrison, spent two years planning the race and working with the United States Forest Service and others on the track. There were 87 runners in the race and six refreshment stops along the way, each run by a skilled ultramarathon runner, Kilgore said.

The runners were about 8 miles in the race when conditions deteriorated, he said.

“It was raining on the start line and it predicted rain,” said Kilgore. “No one had predicted more than a foot of snow at Francis Peak. No one.”

He said ultra marathon runners are aware of the risks associated with the sport, like big wave surfers or kite surfers. After the race was canceled, the runners sent him an email to say they were safe and “everyone is looking forward to coming back next year”.

“The fact that every single runner is included means that this race was a very successful one today,” said Kilgore.

Once considered a niche extreme sport, ultra running has grown in popularity over the past two decades. Critics argue that some of the races have started to blur the lines between the rugged and the ruthless, shifting the definition of endurance racing from covering long distances to surviving the elements.