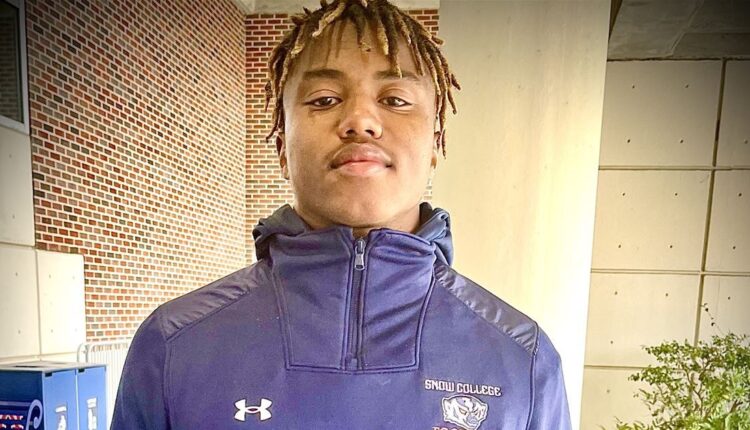 BYU aims at a dish on the major Provo official visiting weekend. away

BYU received around 20 recruits for official visits last weekend. Many of the players have already made their BYU commitments public while others are still evaluating their options as the early signing phase draws closer each day. This has been a big, big weekend for the future of BYU football.

On Thursday evening and Friday morning, the recruits and families arrived in Provo and the celebrations began. The two days consisted of a wide range of everything BYU has to offer, from local restaurants to school programs to just plain fun.

“The food,” joked Parker Kingston as he told Cougar Sports Insider his favorite part of his official visit. “No, I play. I would say the internship and job options the schools help you set up. The things besides the football stuff. (BYU) went into how they arranged you with a life coach and how she’ll help you find interviews and opportunities between seasons. It was really cool – not many places have student athletes like this. “

BYU’s Built4Life program is a large part of the official visiting weekend. Under Kalani Sitake, BYU went to great lengths to show that they are more than just a football program. They want to show that BYU can help a player achieve their soccer goals, but also achieve their goals outside of Provo.

The recruits watched as they practiced as the team got ready for next week’s bowl game. They attended position and other meetings with the team. On the first day of the official visit, the recruits were able to see what football will look like from week to week.

You’ll meet with the strength and conditioning program and the school’s nutritionists to learn how BYU is helping them improve in the weight room so they can maximize their potential in the field.

For these recruits, however, it’s not just about business. Dinner, hanging out with the players’ hosts, borrowing The Grid in Pleasant Grove, photo shoots, and a whole host of other activities in the student-athlete building and locker room are just a few of the things recruits do during their time in Provo. All in all, they are having a great time.

“Shoot, I don’t think I could choose (a favorite) from everything we’ve done. It was so close,” said Aisea Moa. “It was so tight, man.”

At the end of the weekend, each recruit meets with his family and head coach Kalani Sitake. For some, it’s the BYU’s last pitch to be accepted. For others, it’s a chance to speak to the man who will lead their football future after they are signed. Sitake makes the conversation personal and impactful for each recruit, and usually talks about a lot of non-footballing things.

“(The visit) was good. I definitely have a lot to think about after the conversation between me and Kalani,” said Keionte Scott of Snow College. “We were just talking about what I want to do and just found out a few things about him and his goals for his players. “

Overall, it was a great weekend for the cougars. Now the calendar becomes a dead time as teams wait for the national letters of intent to be signed and filed on Wednesday. But one thing is certain, BYU did its best and had strong job interviews.