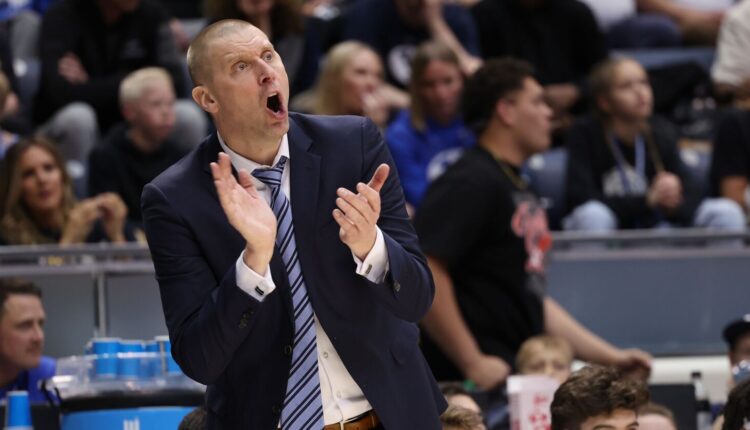 BYU and Utah Tech basketball will face the Lindenwood Lions

The Lindenwood Lions out of Saint Charles, Missouri, will play their first-ever season of men’s basketball at the Division I level in the 2022-23 campaign, and two teams from Utah are on their schedule.

The Lions released their season schedule on Thursday, and they will face the BYU Cougars and Utah Tech Trailblazers in back-to-back games in Utah just before Christmas Day.

Lindenwood will first face BYU on Dec. 20 in Provo, and then face Utah Tech on Dec. 22 in St George.

The Lions will have kinship with Utah Tech, as the Trailblazers are currently in the process of becoming full Division I members.

In addition to BYU and Utah Tech, the Lions’ nonconference schedule has opponents such as Dayton, Missouri and Illinois on it.