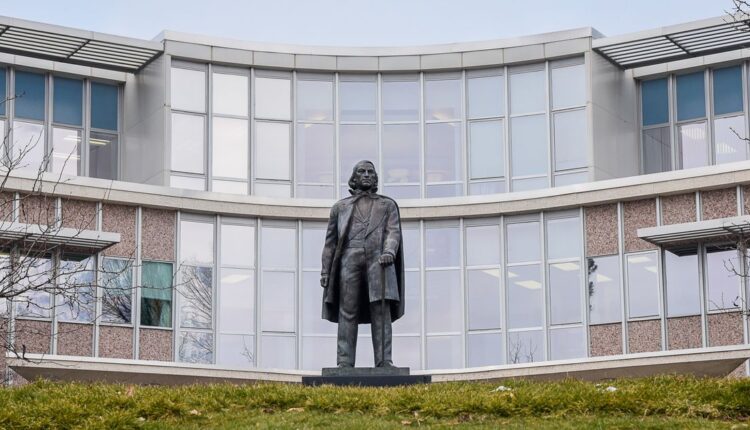 At a time when The Church of Jesus Christ of Latter-day Saints is vociferously defending abusers’ right to clergy confidentiality for their confessions, it is quietly requiring Brigham Young University’s new hires to give up theirs.

The church’s flagship school in Provo (as well as others in the faith’s educational system) has implemented an “ecclesiastical employment form” for new hires — including faculty and staff — that reiterates the expectation that all employees will have a current temple recommend (a card attesting to their adherence to certain principles and practices, including the payment of tithing and following the faith’s Word of Wisdom health code) and “be worthy of one.”

That part is not new.

But now wording has been added to the agreement candidates must sign, authorizing the Ecclesiastical Clearance Office at church headquarters to “contact” their lay leaders to determine their “worthiness” for employment at BYU. Candidates must agree that their bishops can disclose “matters that priesthood leaders would otherwise keep confidential…to the extent the confidential matters relate to the standards of employment.”

At the church-owned school, though, all aspects of an employee’s life and spirituality technically “relate to the standards of employment.”

Indeed, as stated in BYU’s “strategic plan” outlined this week, the university expects all faculty, particularly new hires, “to authentically incorporate gospel truths into all student interactions and to teach their subject bathed in the light and color of the restored gospel. ”

How exactly can a biology professor, calculus teacher or bowling instructor teach their academic subjects “bathed in the light and color of the restored gospel”? And what does it mean if they question that they should? Could employees who question scriptural history or undergoing a faith crisis talk to their bishops without being worried about job security?

And what if new hires disagree with the church’s position on, say, same-sex marriage? Apostles have said it is OK for members to have divergent opinions on the issue, but apparently not BYU employees.

The school’s “mission alignment standards” now include the expectation that employees have “a pattern of public expression that faithfully promotes the mission and doctrines of the church; is devoid of contradicting or opposing church doctrines, policies and general leaders; and refrains from expressions and behaviors that are dishonest, unchaste, profane or disrespectful of others.”

Until all Latter-day Saints have come to the “unity of our faith,” apostle Jeffrey R. Holland told the faculty and staff a year ago this week, “our next best achievement will be to stay in harmony with the Lord’s anointed, those whom he has designated to declare church doctrine and to guide Brigham Young University as its trustees.”

Where can BYU employees get pastoral help?

(The Church of Jesus Christ of Latter-day Saints) Apostle Jeffrey R. Holland, speaking at Brigham Young University on Aug. 23, 2021, urged faculty to “stay in harmony with the Lord’s anointed, those whom he has designated to declare church doctrine.”

That clause in the contract — limiting the confidential information to be shared only to the “standards of employment” — doesn’t “clarify anything,” says Michael Austin, a BYU alumnus and executive vice president for academic affairs at the University of Evansville, a Methodist school in Indiana.

It only narrows the scope, Austin says, if the school or church is “willing to provide a list of topics for ecclesiastic discussion that would not affect standards of employment.”

In other words, such leaders — mostly bishops (male volunteers who serve as a congregation’s minister) — can reveal to higher-ups any concerns about candidates whether they be intellectual, spiritual or emotional and much more.

Essentially, critics say, that means employees in need of pastoral counseling cannot safely discuss their marital breakdowns, teenage behavior or faith crises with their ecclesiastical leaders, who also hold the key to their jobs.

BYU spokesperson Carri Jenkins confirmed the wording of the contract, and the church declined to comment on how that might affect pastoral counseling for instructors and staff.

“This is problematic on several levels, especially concerning the way that affects the spiritual lives of BYU employees,” Austin says. “The church has correctly argued in other spaces that effective pastoral care requires meaningful guarantees of confidentiality between ecclesiastical officials and their charges.”

(Courtesy of Michael Austin) Michael Austin, a BYU alumnus and executive vice president for academic affairs at the University of Evansville, says If any confession to a Latter-day Saint bishop “can be made part of [a BYU] employee’s professional record, employees will be extremely reluctant to talk with their bishops about anything.”

If any confession to a bishop “can be made part of an employee’s professional record, employees will be extremely reluctant to talk with their bishops about anything,” the Indiana administrator says. “The roles of pastoral counselor and employment evaluator are difficult enough to reconcile under the best conditions. If there is no space for frank and confidential discussion of serious issues, the two roles become entirely incompatible.”

Rather than choose between two unpalatable options — either don’t call bishops about new hires or don’t assert clergy confidentiality in legal proceedings — Austin believes lawyers found what to them seemed like a perfect solution: Have all applicants and new employees at BYU formally waive their right to clergy confidentiality.

That is a far different standard than he has seen at other religious schools, says Austin, who previously worked as a provost at Newman University, a Catholic college in Kansas. “In any Catholic school, the seal of the confessional is absolute. A priest cannot reveal what is said in the confessional to any other person for any reason. Many Catholic schools have behavioral requirements for their employees, but none would ever, could ever, use any part of the sacrament of penance — including confession — to evaluate an employee in any way.

“It would be,” he adds, “simply unthinkable.”

Rather than sticking to the standard temple recommend questions about beliefs and behavior, the new wording gives bishops license to go wide in asking about a candidate’s “worthiness.”

It’s like a “fishing expedition,” says one BYU employee who asked not to be named for fear of being seen as disloyal. “A bishop can delve into any issue he wants.”

The new wording and waiving confidentiality are “unethical and spiritually damaging,” says Sue Bergin, who was an adjunct professor in BYU’s business school for decades until her contract was not renewed last year. “It’s hard to understand why a church with the gospel of Jesus Christ at its center would deprive its staff and faculty of the pastoral care they might need from their bishops.”

Bergin believes that despite getting good reviews of her job performance, she was let go because of her advocacy for LGBTQ students.

Pastoral care is one of the “core functions of the church,” says a BYU professor, who asked not to be named for fear of reprisal. “Without it, the church cannot function as a church.”

At BYU, these standards require that “you have to be perfect in every way,” the professor says, “which is not the way humanity works.”

That’s also not “theologically compatible,” the employee says, “with the New Testament or the Book of Mormon.”

It also makes working at BYU fraught with “structural ambiguity,” the professor says. Employees face “scrutiny from themselves and others” about whether they are following church teachings and rules because they believe in them, or because they don’t want to lose their jobs.

This ambiguity renders it impossible for faculty and staff to “engage with the church either freely or with integrity,” the professor says. “Honest relationships with ecclesiastical leaders are off the table, regardless of faithfulness.”

All of this is made worse, observers say, by the apparent double standard on the sanctity of clergy confidentiality.