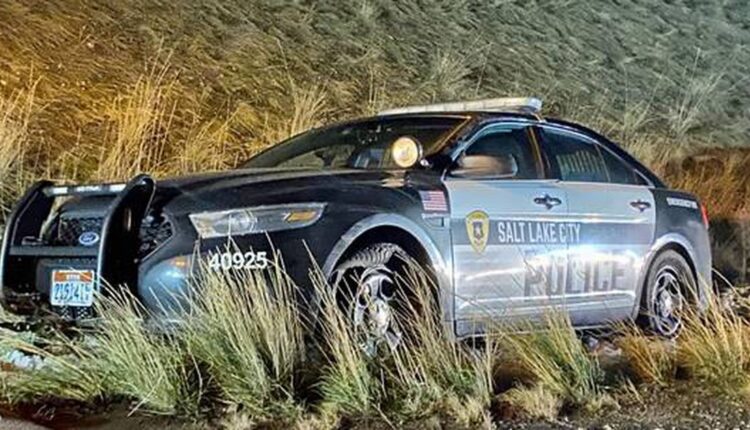 Salt Lake City police said the stolen police car was recovered 12 minutes after it discovered it was missing.

A spin around town in a stolen Salt Lake City police car on Christmas Eve resulted in an accident and the arrest of the alleged driver.

At around 10:45 p.m. on Friday evening, a Salt Lake City police officer who was leaving the Gail Miller Resource Center near 300 West and 1700 South noticed that their patrol car was missing, according to a police press release.

Police said they were able to track down the stolen police car with the help of Salt Lake City and learned that the vehicle crashed along the Foothill Driver near Interstate 80 – about 11 miles across town from the homeless shelter where the vehicle was first reported missing.

After a 48-year-old man found the vehicle, police said he initially refused to get out of the car and was then arrested by Salt Lake City and Utah Highway Patrol law enforcement officers.

The man was detained in Salt Lake County Jail on suspicion of multiple charges, including drunkenness, vehicle theft, and lack of a valid driver’s license.

Police reported that the vehicle was recovered 12 minutes after first realizing it was missing.

The man allegedly was able to steal the officer’s car after a “key fob that locked the vehicle and kept it secure malfunctioned after the officer locked the doors”.

(Salt Lake City Police Department) A Salt Lake City police car that was stolen near Foothill Drive and Interstate 80 on December 24, 2021 and was involved in an accident.