Did you miss us? Due to COVID-19 and its impact on the arts and hospitality communities, the City Guide has been on pause since 2019. The past two years have tested us, to say the least, not only those of us who enjoy a night on the town , but also for those intrepid purveyors who serve up the food, drink and entertainment we all crave.

It appears, however, that we may have come through the worst of the pandemic (fingers crossed that COVID is mostly in the rear-view mirror) and have every reason to crawl out of our caves and soak up the good times we’ve been missing.

Welcome to our 18th annual guide, published each spring by the same folks that bring you City Weekly. We launched it in 2002—when Salt Lake City hosted the Winter Olympics—knowing visitors would want an insider’s guide to the city’s best food and drink. Who better to clue people into the city’s party scene than our irreverent, hip alt-weekly brain trust? Turns out that locals wanted an insider’s guide as well, so we’ve happily applied our best minds to the task each year.

We know that to newcomers, SLC exudes a nice vibe but remains a riddle. Is the capital city really ruled by teetotaling Latter-day Saints, they wonder? To some degree, yes, it is. The LDS influence at the Utah Legislature is strong! And that straightlaced body makes our laws.

But the population and political/religious orientation of greater Salt Lake has lately grown ever more diverse. So how can a city ruled by conservative lawmakers be home to a bodacious Pride festival and a booming brewpub culture? Welcome to SLC!

Salt Lake retains that toughness from when our pioneers battled crickets and federal troops to farm their lands. But now, our adversities are of different stripe—with sky-high housing costs topping the list. We are dealing with unhealthy air, a years-long drought, a shrinking Great Lake Salt and an ever-growing homeless population. Ah, it’s not so radically different from other large cities in the West. Yet, be warned: Those who take root in Salt Lake grow to love it madly. 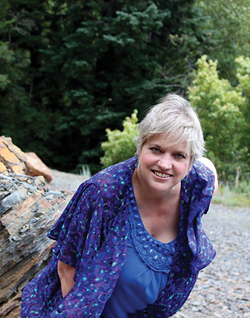 Let the guide help you find your place in this vibrant go-getting city. Locate a neighborhood to live in. Plan your arts calendar for the upcoming season. Check out all the great eateries. Follow the musicians and bands we claim as our own.

You should know the people, places and things we write about are truly our favorites. No one pays to be listed in our guide. This guide is, in fact, kept to no one and locally focused, so you won’t find stories about national chains and box stores in these pages.

As we emerge from our COVID cocoons, carry this guide in your car or in your backpack and use it to create the “new normal” we’ve all been waiting for. See you out on the streets. 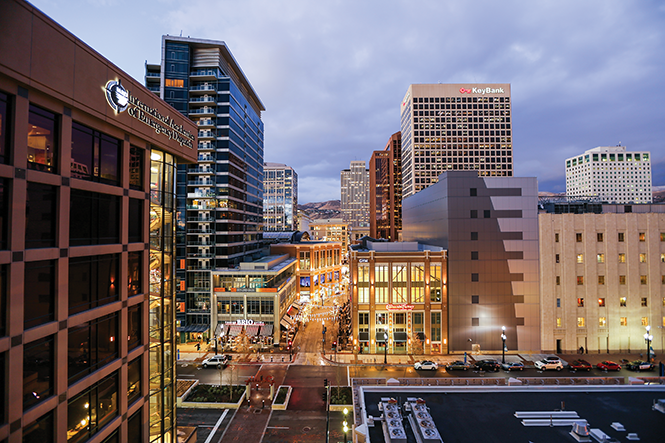 Don’t Listen to Me
I’ve only lived here all my life—what do I know about Utah?
By Benjamin Wood

Welcome to Salt Lake City, Utah, the perpetual youngest child at the metropolitan big kids’ table. If you’ve been here a while, cheers to you (and a slice of pie!). And if you’re newly arrived or just passing through, don’t worry, this primer will have you livin’ la vida local faster than you can blend some fry sauce. 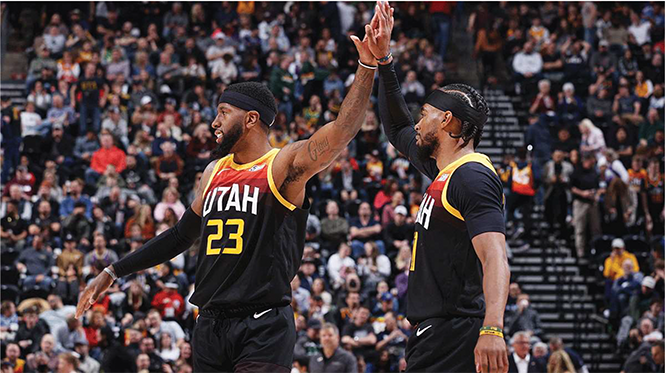 the city
If you think of Utah as a nuclear family—a handy metaphorical proxy on multiple levels—then Salt Lake is the wayward, but loving, black sheep that followed a band on tour and isn’t so sure about this whole thing, you know? The other, more disciplined children pretend not to be jealous, while the parents roll their eyes and reiterate that SLC’s life is nothing to aspire to.

But it’s all good, because the city (and Salt Lake County, broadly) have all the best venues, many of the best restaurants and a pretty good share of the best people the state has to offer. Catch the Jazz at the Vivint Arena or Real Salt Lake at the RioT. See the ballet at the Capitol Theater or the symphony at Abravanel Hall, which might be right next door if you’re in town for a convention at the Salt Palace. 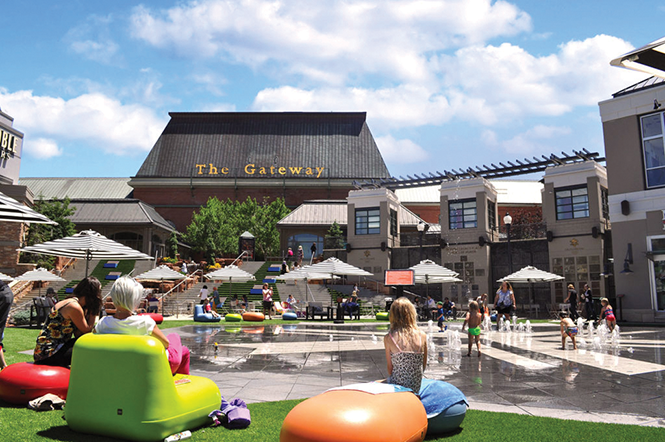 Ride TRAX up to the University of Utah (Go Utes!) for the state’s flagship museum or a stroll through Red Butte Garden. If you’re in the mood for some shopping, check out Trolley Square, City Creek Center and The Gateway, or rent a GreenBike to explore downtown. 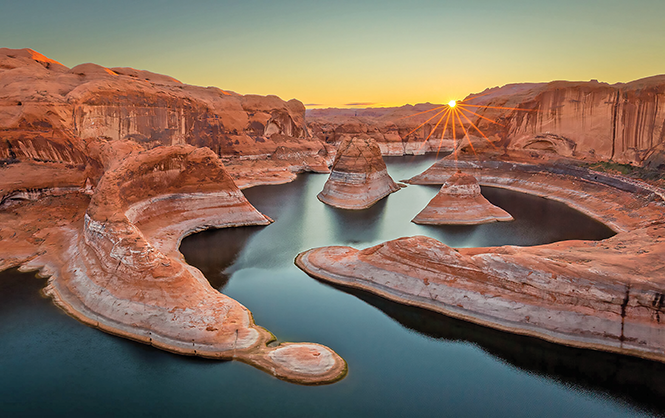 The State
Ask a Utahn why they live here and some variation on “the outdoors” is likely to come up in their list of reasons. Our “Mighty 5” national parks are the marquee attractions—and rightly so—but wherever you are in the state, you’re probably within an hour or so from world-class skiing and snowboarding, mountain biking, hiking, camping, rock climbing , rowing, boating, fishing, hunting or just about anything else you’d ever want to do outside. From the Uinta Mountains to the Bonneville Salt Flats to Lake Powell, we’ve got it all.

Most major cities sit alongside Interstate 15 (we say “I-15” and never “the”) and those on the Wasatch Front are accessible via commuter rail. Getting around without a car once you’re there, however, is dicey outside of SLC proper. And know that Salt Lake City is a 90-minute drive from West Wendover, Nevada, where adulthood is legal. Which brings me to… 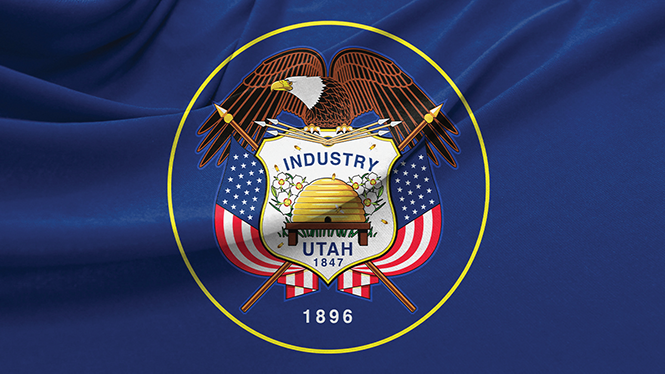 Salt Lake City is undeniably blue—particularly when compared against bright-red Utah—but Salt Lake County is dynamically purple, although conservatives here are guilty by association in the eyes of the Utah Legislature, which is dominated by politicians from outside the greater Salt Lake area.

We should pause and note the elephant in the room: Utah was settled by members of The Church of Jesus Christ of Latter-day Saints, which continues to be the dominant cultural identifier in the state. But Utah is growing rapidly, and growth brings change. This diversification has shrunk the “official” percentage of Mormons in Utah near the 50% mark (Salt Lake County went minority Mormon in 2018). While 9 out of 10 state lawmakers are LDS—not to mention the bulk of the state’s upper crust—the faith’s position as an overtly dominant entity is not what it once was. 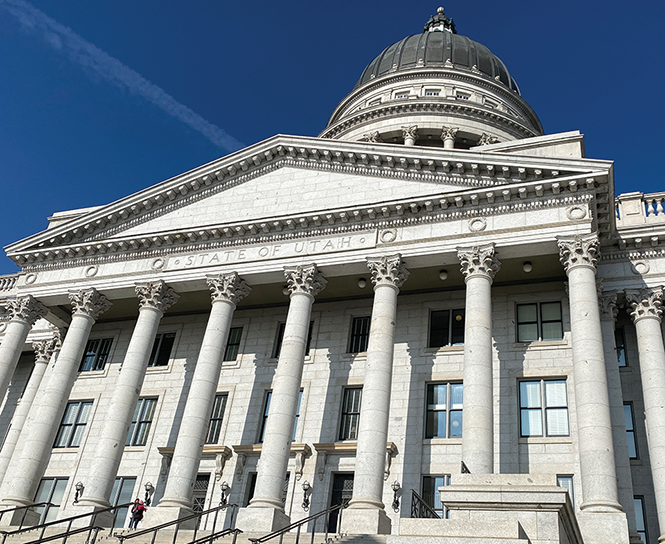 Republicans hold veto-proof majorities in both legislative chambers and have for so long that they’ve—very effectively—trimmed the wings of the executive branch over time. Sometimes, the governor fights back, we’ll see what the new one (Gov. Spencer Cox, elected in 2021) will do.

With Utah functionally a single-party state, most of the hot topics come from Republican infighting rather than cross-partisan squabbles. A civil war between “the establishment” and “the grassroots” has been raging for years—the hill they die on is the state’s too convoluted to bother explaining caucus and convention system—but like elsewhere in America, the dividing lines have shifted somewhat under the strain of the far-right, militia and QAnon movements. Utah Democrats, for their part, have long presented themselves as pragmatic “Demuplicans” in an attempt to woo disaffected conservatives. Their perpetual irrelevancy outside of Salt Lake County shows you how well that strategy is working.

The Nightlife
Utah has a well-deserved reputation for alcohol restrictions. But gone are the days of “Zion curtains” and private club memberships. Today, you can simply walk into licensed premises with your ID and order a (carefully metered) drink. Despite the limitations, the state is home to excellent breweries and distilleries, but if you’re looking to buy bottles, your best bet is through the State Liquor Stores scattered through towns and cities. Check the hours before you go.

There are a lot of places to catch some great music, from open-air amphitheaters like USANA and Red Butte Garden to the tiny garage at Kilby Court. And if you don’t know where to go or what to do, just head to Main Street, 9th and 9th or Sugar House around Monument Plaza, and you’ll find something. Or, better yet, keep reading these pages for more specific recommendations. 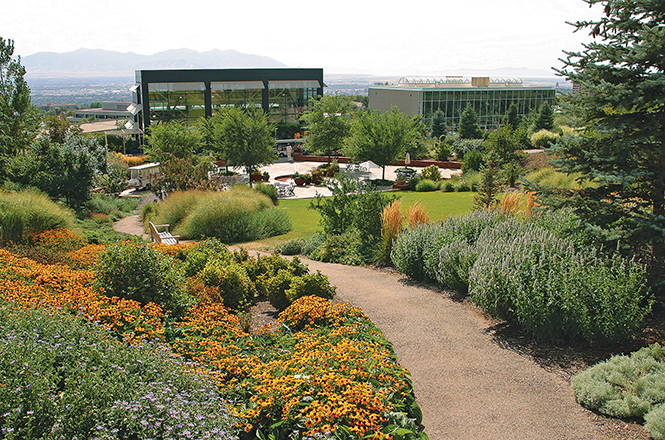 The Environment
Long known for having the “Greatest Snow on Earth,” Utah is more competitive these days in the “Worst Air on Earth” category. Don’t be alarmed when the weather forecast on the evening news includes both the chance of rain and the chance of unhealthy breathing conditions—that’s just how we roll in the Beehive State.

You may have heard of the Spiral Jetty, a remarkable piece of land art on the north shores of the Great Salt Lake—for which our lovely capital city is named. But that inland sea is also in a “death spiral,” as it is slowly wasting away under rising temperatures and yearslong drought conditions. Fun fact about saline lakes: Dust from their dry beds contains all sorts of noxious things (like arsenic!) that poison the air and accelerate snowmelt, exacerbating the drought conditions that kicked up the dust in the first place.

Do not worry. Lawmakers insist they’re on it and that any day now they’ll think about paving the way for bold action. In the meantime, there’s all the more reason to escape to the canyons or just over the mountain range to Park City, where the air is clear, and the snow is still fluffy white.

How to Catch Kokanee Salmon