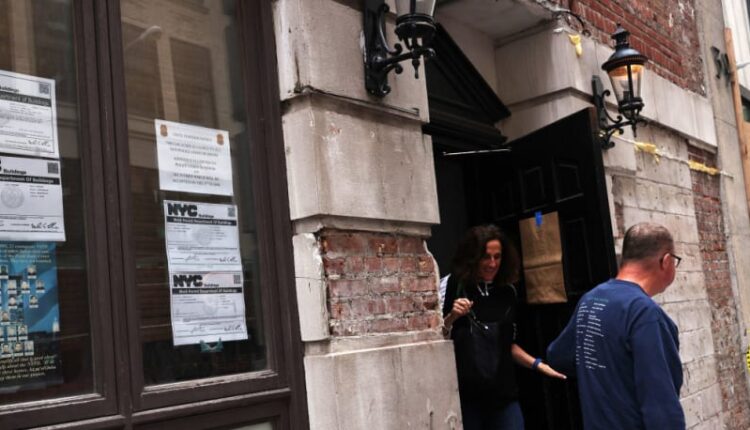 The board of directors of the New York Police Department’s Sergeants Benevolent Association, one of the city’s major police unions, said late Tuesday that it had requested the resignation of controversial President Ed Mullins, who “appears to be the target of the federal investigation.” Mullins agreed to resign. Early Tuesday, the FBI raided the SBA’s Manhattan headquarters and Mullins’ home on Long Island.

After several hours in the union office in Manhattan, FBI agents carried at least 11 large boxes and a black garbage bag to a minivan. The FBI said in a statement that its agents are “conducting a law enforcement operation as part of an ongoing investigation,” but declined to provide details. The search was part of an investigation by the FBI and the public corruption department of the US Attorney’s Office in Manhattan, the New York Times reported, citing people with expertise. The US attorney declined to comment, as did a Mullins attorney.

The SBA board said “the nature and scope of this criminal investigation has yet to be determined” and, aside from Mullins, “we have no reason to believe that any other member of the SBA will be involved or targeted in this matter.” “

Mullins joined the NYPD in 1982, became a sergeant in 1993, and was elected SBA president for the first of his five terms in 2002. United States, along with the largest police union, the Police Benevolent Association, its leadership is politically conservative. Mullins was particularly supportive of former President Donald Trump and criticized the leaders of the New York Democrats and all efforts to reform police forces to eradicate racism and racial violence. And his use of Twitter got him in hot water.

Along with the FBI investigation, Mullins is facing disciplinary action by the NYPD for tweeting a police report of the arrest of Mayor Bill de Blasio’s daughter, Chiara, during a protest against police brutality last year.