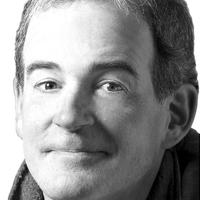 Danforth: Is the grass actually greener on the other side? | opinion


The grass is always greener over there, we’re told. We do not doubt that wisdom.

But what if we get there and find that the grass isn’t so lush? We packed up and moved to friendlier pastures. Here we are. But there are new issues.

The Aspen Times is now owned by chain newspaper publisher Ogden Newspapers. Ogden arrived in Aspen recently. Before that the Times, founded in 1881, was in the hands of another chain, Swift Communications. When The Aspen Times (Swift) enticed writers to join It, the new digs (the ex-Motherlode) seemed enticing, and the work load, it was suggested, was calmer than at that other rat-race known as the Aspen Daily News ( which I owned until 2017).

With the lifestyle inviting and paying not at issue, many switched. They didn’t ask what might be further down the road. If Swift were sold, who would be their next employer?

We usually aren’t rude enough to ask those questions. We really have no way of knowing what’s going to happen to two employers down the road.

The question is emerging now at The Aspen Times after a change in ownership which many, including both employees and owners of the paper, have found wrenching. Nobody seems to have planned the switch to be trying. But it has been unusually bumpy. The Times has endured a virtual mass defection in its newsroom. Higher management is changing as well. It can go nowhere but up from here.

Some mention turmoil in the newsroom in the wake of the firing of a popular editor. Andrew Travers wasn’t known as abrasive — arts and entertainment editors don’t wear battle fatigues. But he was canned after greenlighting a column that drew the ire of an investor who objected to being called a “Russian oligarch.”

Many of my friends would be proud of such a promotion, bristling with newfound status and authority. The “oligarch,” however, was not. He objected that he was neither Russian nor an oligarch. Complicating matters, he sued for damages, though he later settled for undisclosed terms.

This controversy erupted in Aspen, a stewpot which is unusually well-read, often well-monied and blessed with twice the number of communal breakfast tables per capita as anywhere else in the US

We might be wise to consider this. Next time we change jobs, might it be well to consider who’s next beyond simply the next employer?

Ogden is based in West Virginia, in a political, economic and lifestyle culture far removed from Aspen. As part of a chain, its ownership is often mandated to watch the bottom line, though as yet there is little evidence of that here. The newsroom appears to have been gutted, but Ogden reinforcements are riding to the rescue.

Few can predict the future, but the disruption seems to have nowhere to move other than to calmer waters.

What does your future hold beyond just the next boss. What if he sells suddenly one day, and then the boss after that does likewise? Aspen has had some big-name restaurant changes in the last two years, as many legacy establishments have decided to call it quits, selling assets and negotiating new leases. Locals wonder if or when menu prices will climb as steeply as the Face of Bell.

Drama at The Aspen Times will cool, leaving us to consider this: next time we’re tempted to switch jobs, is there any way to dig down beyond the lush greenery to consider deeper, later layers?

The writer ([email protected]) is a founder of the Aspen Daily News and his column appears here Sundays. He sold the paper in 2017 and today sits in the bleachers.