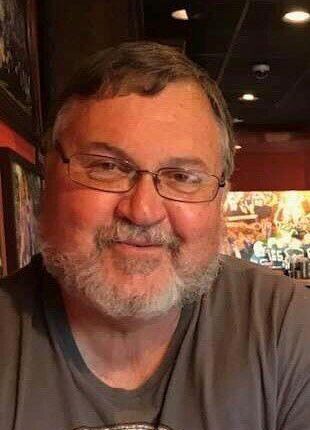 It is with great sadness that the family of David Bruce Young announced his death on September 16, 2021 at the age of 68.

He was born on August 22, 1953 to Donald and Dorothy Young of Indianapolis.

David (or Dave as many knew him) was a proud Hoosier and had many fond memories and stories of his years in Indianapolis. He was a graduate of Broad Ripple High School. His belief in God was established in his youth when he attended East 49th Street Christian Church. Through the Church youth group, he met the love of his life, Patti Hook. They were married on August 10, 1974 in the same church. They were married for 47 years and have remained an inspiration of great love throughout their marriage.

After graduating from Broad Ripple, Dave worked diligently to establish his career in broadcasting. He dedicated a total of 48 years to the entertainment of radio listeners. His career took him from his beginnings at Vincennes University Broadcasting to WCBK in Martinsville, followed by a move back to Vincennes in 1988, where he helped set up a new station and soon became a permanent voice on WZDM 92.1 morning radio. For the next 32 years, Dave helped us wake up and get moving in the morning and then helped us cheer on our local high school team in the evenings as the “Voice of the Alice”. The greatest pride of his career was proclaiming ball games over the air for Lincoln High School sporting events. He loved calling a game just as his fans loved listening to it. It’s estimated he has called over 3,000 games over the course of his career, and naming the Vincennes Lincoln State Championship baseball game in 2002 was perhaps his most memorable call.

He also provided game after game for many other local sporting events, including Cub League events and local World Series games. Dave’s sense of humor, his big laugh, his sports skills and his “voice for the radio” always kept us listening. Even when Dave wasn’t on the ball court behind the mic, he was mostly still sitting in his lounge chair watching a ball game. He was particularly fond of America’s favorite pastime, baseball, and was a proud Dodgers fanatic. Dave often joked on the air that he was the host of a non-award-winning morning show, and while the show may never get the awards it deserved, its host was right to be.

Dave’s on-air talent and contribution to the sport throughout his career have been recognized when he has received a number of media awards, most notably the IHSAA Distinguished Media Service Award 2017-2018 and his 2020 induction into the Hoosier Basketball Coaches Association Hall of excellence. His voice, knowledge and dedication to the sport brought many games to life over the airwaves for many years, and his love of the game remained unwavering throughout his life. Dave was also a loving family man. He was particularly proud of his daughters and found great joy in his grandchildren. He enjoyed attending many of their activities over the years, but especially enjoying being a grandpa. All he wanted was to see her grow. His wife and family will miss him very much.

Dave leaves behind his loving and devoted wife, Patti Young; Daughter Kim and Ryan Condict of Evansville; Daughter Kelli and Chad Carie of Vincennes; Grandson, Maddi Carie, Shelbi Carie, and Parker Condict; and Stiefenkel Caleb Condict. He is also survived by brothers Marty (Diane) Young of Vernal, Utah, Jim (Carol) Young of Revers, and Bill Young of Indianapolis; Sister-in-law, KarRen Rash of Indianapolis; Sister-in-law, Laura Hook of Beverly Hills, Florida; as well as many nieces and nephews. He has many beloved and valued friends who have accompanied him through his illness and have been an important part of his life.

Dave enjoyed life, his family, his friends and of course the sport very much. He will be very missed by everyone who knew and loved him.

Friends can meet Dave’s family on Tuesdays from 3:00 p.m. to 7:00 p.m. at First Baptist Church of Vincennes, 2625 Wabash Ave. visit, where he enjoyed participating for many years.

A celebration of his life will be held at First Baptist Church on Wednesday at 10:30 am, with Dave’s brother, Pastor Marty Young, assuming office. Dave is buried in Memorial Park Cemetery. Online reminders can be shared with Dave’s family and friends at www.goodwinsievers.com.

The Goodwin-Sievers Funeral Home is honored to be entrusted with the care of Dave.

Instead of flowers, Dave wanted nothing more than to give something back to so many who had given him in the past year due to his illness. He asked for donations to the Travis Burkhart Foundation, the Good Samaritan Hospital Foundation, and the Vincennes Lincoln Athletic Booster Club, which not only have remained loyal to him through his illness, but have supported him throughout his career.

Why Utah’s season after losing to BYU. is not over yet