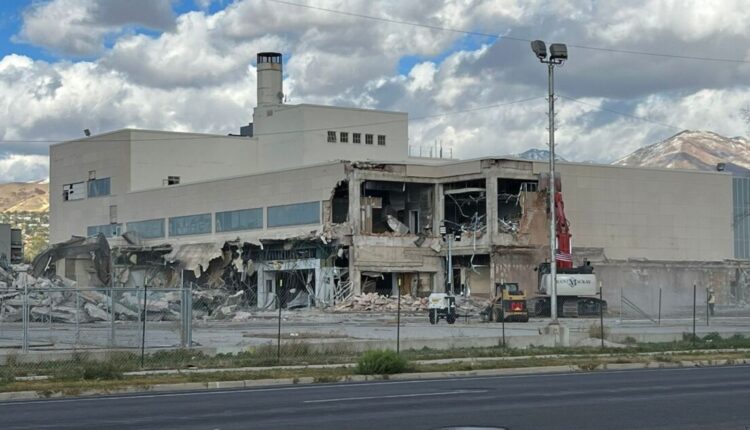 The building housed a Sears store since 1947, but it closed in 2018 along with dozens of others across the country.

The property was purchased by Intermountain Healthcare last year. Two separate buildings on the lot — which takes up nearly the entire block between 700-800 South and from MainStreet to State Street — were demolished earlier this month.

Intermountain has not confirmed specific plans for the site, but a report from Building Salt Lake cites an anonymous source who said employees were told it will be a new 280-bed hospital in 2026.