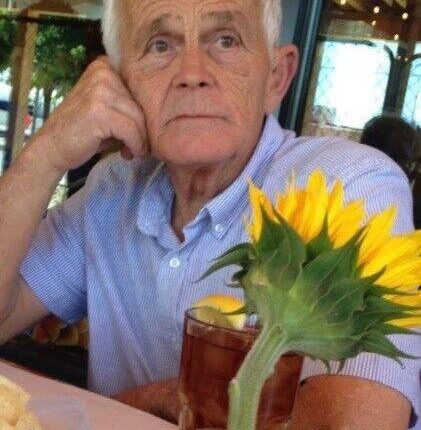 “My father died out on the porch on an August afternoon” is a line from one of our father’s favorite songs by John Prine, and so we expected him to. In the end, he didn’t make it onto the veranda, but he took his last breath with his family shortly after 4:00 p.m. on the afternoon of August 24th, 2020.

He was born Mac Molen Ross on February 23, 1952 to Keith and Doris Taylor Ross in Vernal, Utah. He joined the family nine months after the tragic death of his 13-year-old brother Bryce. When Mac was nine years old, his brother Jake died at the age of 21. His eldest brother Terry died in 2000. As the last surviving member of this charming group of jazz enthusiasts and joke tellers, he was ready to rejoin them.

Mac attended elementary school through high school in Vernal. Clever but not diligent, he always borrowed pencils and paper from Sandra Hatch. He was an eye-catcher in his little league and played soccer at Uintah High School with good friends Glen Downard, Derrell Stagg and Levi Smuin (his future brother-in-law). Not only did he write while playing football, but also while typing, which he tried to keep secret. As a gas station attendant at the Vernal Save More Store, he worked for Kent McCurdy (another future brother-in-law).

On July 21, 1970, Mac married Marinda Murray and eventually gathered these in-laws. He loved to hug Marinda’s parents Penny and Rin and their four brothers and four sisters – Meriel, Joe, Bob, Bill, Dave, Deanna, Saralyn, and Mary – as his own.

Mac and Marinda attended Snow College in Ephraim, where Mac acquired the study skills to match his skills. They both moved to Utah State University in Logan and then moved to Chicago, where Mac attended Northwestern University Dental School.

In 1979 Mac opened his dental practice in Moab with Marinda as office manager, assistant and indispensable partner. They brought the practice together for 20 years. Dr. Ross was known as a competent, kind, and gentle dentist, who never forgot a name or a face and who would not refuse treatment to anyone who could not pay. Kelly Cather, Shirley Cather, and Diane Tangren were his trusted assistants and his best friends too.

After retiring from dentistry, Mac and Marinda built and operated the Trail Shell Spanish gas station in Moab for 15 years, working side by side with their daughter Kelly and son Charles.

Mac was a Freemason and former Master of La Sal Lodge # 30. He was an El Kalah Shriner and a past President of the Arches Shrine Club. He was also a skilled carpenter and draftsman, a pretty good golfer, and a prolific reader who often finished a book a day, read and smoked on the porch in the hot sun. He rode his bike everywhere and was a friendly and familiar face to people all over Moab.

The greatest joy in his life was being a father and grandpa. He loved and was very proud of his three children – Mary (Derek), Kelly (Troy), and Charles – and his five cute, bright, athletic, and artistic grandchildren – Maisie, Doris, Bryce, Cole, and Maria. He was also a beloved uncle of dozens of nieces and nephews of the Murray family.

Since Mac normally stood on opal and later palisade on the porch of the house, it became the focus of the family. Everyone, even the dogs and cats, wanted to sit outside to chat, have coffee, candy, or whatever Grandpa Mac was eating. He had an alluring personality and a warmth that only the hottest August afternoons could match. His family will gather privately to lay him to rest on his perpetual porch in Spanish Valley Cemetery, Moab. Thanks for everything, Dad, Grandpa, Uncle Mac, Dr. Horse.

Visit Mac’s Tribute page to share photos and stories at www.forevermissed.com/mac-ross or send condolences to the family at www.SpanishValleyMortuary.com.

Delta Variant Surges in Colorado as the Bands Play On

What is an organic mattress and why should I try one?