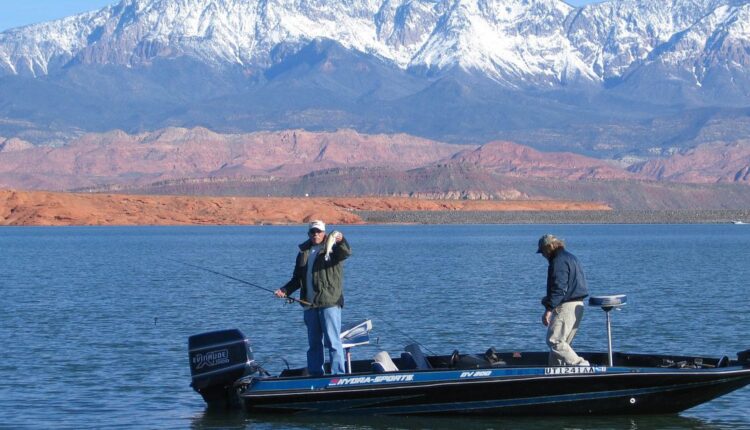 Nine reservoirs and the Blacksmith Fork double the daily limit for bass and trout to avoid wasting fish.

In anticipation of low water levels in some Utah fisheries, wildlife officials are raising the limits on 10 bodies of water every day to avoid wasting bloody sport fish.

The tributaries at several reservoirs in southwest Utah are expected to dry up soon thanks to low snowpacks and arid soils. The Department of Wildlife Resources in Utah predicts fish deaths if reservoirs in severely affected areas are opened for irrigation in late summer.

Low water causes water temperatures to rise, reducing the amount of oxygen in the water.

“The combination of high temperatures and low oxygen levels can stress fish, cause poor growth and disease, and sometimes be fatal to fish,” the department said in a press release.

To reduce the risk of death in late summer, the DWR enables anglers to catch more fish at selected reservoirs and reduces the stock. The new rules will remain in effect until October 31st.

“If we reduce the number of fish kept in a lake, we will relocate those fish to a different body of water where we do not expect water levels to be low,” said Randy Oplinger, DWR sport fish coordinator. “Despite the low water levels in some lakes, fishing will be very good in many places this summer. The number of waters in which we expect the drought to affect is very small and we anticipate that the majority of the waters, including the main fisheries in the state, will not be affected. “

Utah is in the midst of one of the worst droughts ever. More than 80% of the state is currently suffering from “extreme drought”. Across the state, inflows are projected to be well below average, and the state’s reservoirs are only about two-thirds full on average.

Here is a list of waters where the fishing limit for trout, perch, and other species has been doubled.

The DWR anticipates that fishing will remain excellent elsewhere and has identified 25 bodies of water, including Flaming Gorge, Hyrum Lake and Kolob Reservoir, as good targets this year.