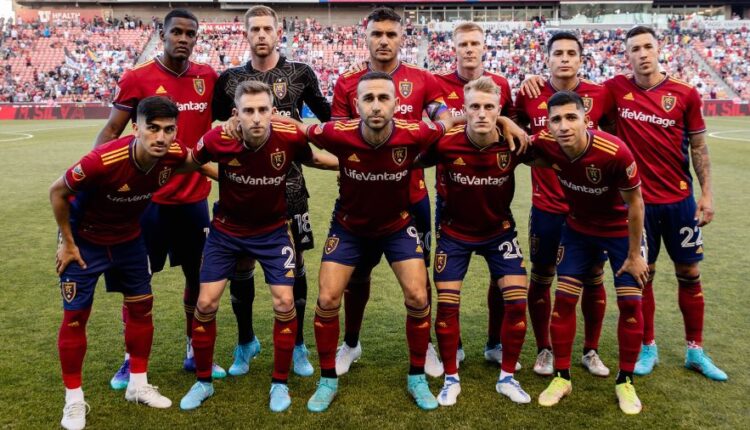 SALT LAKE CITY – Real Salt Lake and the Columbus Crew played to a scoreless draw at Rio Tinto Stadium this evening in front of another packed house.

The draw was only the second in eight fixtures at Rio Tinto Stadium this year.

Real Salt Lake dominated the opening portion of the game. Rubio Rubin found space behind the Columbus backline and rocketed his shot off the near post. Then, 15 minutes later Justen Glad found space on the back post from a Herrera cross and narrowly missed by a foot rattling the side netting.

Zac MacMath made the save of the opening halfway through when Columbus left-back Pedro Santos attempted a cross that had eyes for the top right corner of the net. MacMath leaped into the air and touched the ball with his fingertips pushing the ball off the woodwork.

Marcelo Silva was reprimanded deep into opening half stoppage time with a yellow card after fighting for a header and clipping Columbus striker Miguel Berry with his elbow, albeit on accident.

At the main interval Real Salt Lake had controlled 53% of the possession while managing 3 shots to the Crew’s 2, however, both of Columbus’ shots were on frame while Real Salt Lake only managed one shot on target through the opening 45 minutes.

In an attempt to bring energy into the game, Mastroeni opted to utilize Scott Caldwell and Jonathan Menéndez off the bench in the 66th minute who replaced Pablo Ruiz and Rubio Rubin, respectively.

Menéndez went up top alongside Sergio Córdova while Jefferson Savarino and Justin Meram played on either wing.

Shortly thereafter, Córdova found himself in a one-on-one position but was unable to poke the ball past Columbus goalkeeper Eloy Room who did a good job getting his body big enough to stop the shot.

Outside of the Córdova opportunity, the second helped was a stalemate.

In the 83rd minute, Justin Meram was replaced by Maikel Chang who battled to find the rhythm and flow of the game in his 10 minutes of playing time.

It was just the second draw at Rio Tinto Stadium in eight fixtures so far in 2022. The previous draw occurred against Toronto when it ended 2-2 on April 9th.

Real Salt Lake will travel to Minnesota United next Sunday, June 3, with kickoff scheduled for 6 pm

The fixture will be available to stream for free via the KSL Sports and KSL 5 TV apps or on KSL Sports dot com.