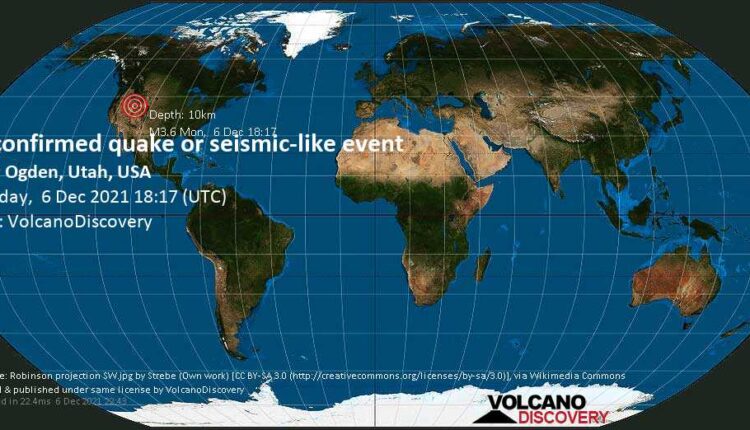 Contribute:
Leave a comment if you find a particular report interesting or want to add to it.
Mark as inappropriate.
Mark as helpful or interesting.
Submit your own case study!

Clearfield, Utah (11 miles northwest of epicenter) [Map] / Weak shaking (MMI III) / rattling, vibrating / 5-10 s : There were two quick shakes, back to back. The first occurrence was a very faint tremor, enough to rattle my television set and enough to be noticed. Took less than 10 seconds. The SECOND shaking event began about 45 seconds later. The tremor was much more intense. I felt that | One user found this interesting.

South Weber, Davis, Utah (9 miles north of epicenter) [Map] / Very weak shaking (MMI II) / 1-2 s : A short, abrupt shake. It took a second and felt like an explosion was going against the house. The second wasn’t that loud, but the birds in our house went a little crazy

Ogden, Utah (18.7 mi N of epicenter) [Map] / Very weak shaking (MMI II) / rattling, vibrating / Very briefly : Felt like a BIG truck was driving by, but there was no through traffic.