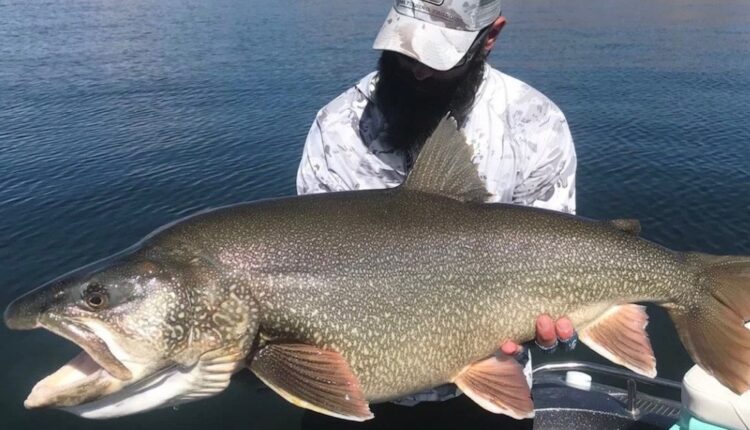 On his fourth day of fishing in the famous Flaming Gorge Reservoir, Matt Smiley only caught one fish, but it was a sucker. It turned out to be a lake trout with the state of Utah in the catch-and-release category.

Smiley, who is from Colorado, told KKTV the fish weighed 52.97 pounds.

“I’ve wanted to catch a fish over 50 pounds for a long time,” Smiley told the Denver Post. “I was pretty sure it was over 50 pounds when I looked at it, but when we … [weighed it], I was so excited.

“I put it back in the net and had it over the side of the boat, preparing to let go of it, and my buddy with me on the boat stopped me. He said, ‘Man, we have to measure the fish, do you have a tape measure here?’ I said, ‘I don’t care man, I broke 50 pounds, I’m fine with that.’ He says, ‘No, this is the longest fish I’ve ever seen, you have to measure that thing.’

And he did. After measuring it – the lake trout expanded 48 inches – he released the fish.

A few days later, they discovered that the fish was classified as a state record, so he forwarded the details to the authorities. The Utah Division of Wildlife Resources made it official on Wednesday. It was a state record.

Also at FTW: The puzzle about fish with a wedding ring was solved

Had he kept the fish, it might have qualified as the overall condition record for lake trout. The current catch-and-keep record is 51 pounds, 8 ounces, which was also caught in the Flaming Gorge Reservoir by Curt Bilbey in 1988.

Smiley is no stranger to vinyl records. It once held the Colorado State record for lake trout at 44 pounds, 5 ounces, caught in Blue Mesa Reservoir in 2003. It’s been broken since then. The current record is 50.35 pounds.

Photos courtesy of the Utah Division of Wildlife Resources.