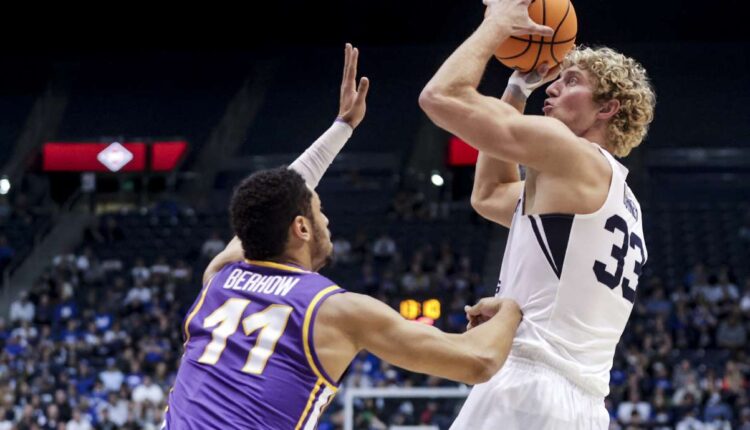 Lohner, who starred in a Dallas suburb before transferring to Wasatch Academy and matriculating to BYU, will continue his college career at Baylor, he announced Friday on social media.

The 6-foot-8 sophomore averaged 7.0 points, 6.4 rebounds and 1.1 assists per game for the Cougars, including a career-high 20 points and four boards in a 93-72 win over Long Beach State to open the NIT.

“So excited & blessed to be joining the Baylor family,” Lohner wrote on Twitter in declaring his commitment.

Hunter Erickson, Nate Hansen and walk-on Jeremy DowDell remain in the portal for BYU. Senior wing Gideon George announced Thursday his intention to return to BYU, while maintaining his eligibility in the NBA draft. George has until June to formally remove his name from the draft.

The Bears are national champions from just two years ago — the first of two-straight reigning national champs from the Big 12 — and have built a power under 19th-year head coach Scott Drew.

Assuming Lohner plays at least two seasons at Baylor, he’ll also face his old team when the Cougars join the conference in 2023.