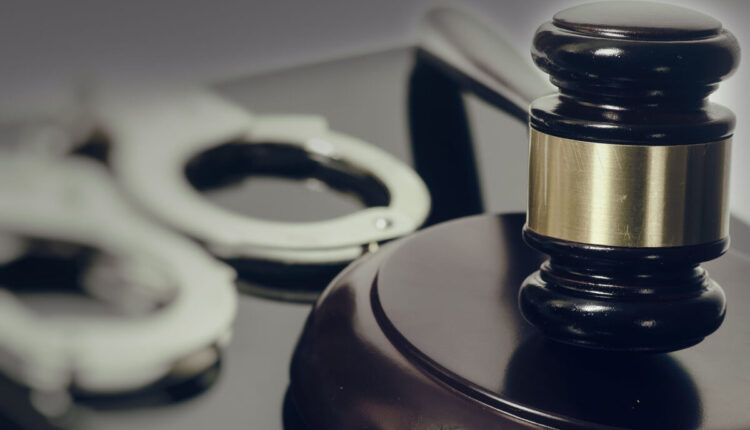 OGDEN — A 26-year-old Ogden man has been charged with kidnapping, drug dealing, illegal firearms possession and other offenses stemming from a sequence of events that allegedly began with gunfire from a car driving on the 24th Street Viaduct.

The Weber County Attorney’s Office on Tuesday charged Eduardo Ambriz with one count of possession of a controlled substance with intent to distribute, a second-degree felony, and 82 counts of possession of a firearm by a restricted person.

Ambriz picked up a woman in Ogden on Sept. 17 and they were driving west over the viaduct when, according to the woman, he pulled a handgun, pointed it at her, said, “You don’t know me, I ain’t no b—-,’” and fired several shots out of the car.

As the car continued into West Ogden, the woman tried to get out, opening the door and screaming at Ambriz to let her out, an arrest affidavit said. He kept driving and increased speed, but he eventually stopped the car, she got out and ran, and he allegedly chased her down and made her get back in the car, the affidavit said.

Weber County sheriff’s deputies were dispatched to a 911 call about a man and a woman arguing and the man holding a gun. Charging documents said Ambriz allegedly handed the gun to the woman and told her to throw it out the window or he would “shoot it out” with police.

Police later obtained copies of voice messages exchanged by Ambriz and the woman the next day. The arrest affidavit said Ambriz allegedly admitted the actions. He later pleaded not guilty to the kidnapping, assault and shooting charges in 2nd District Court.

According to the second batch of charges filed Tuesday, Ogden investigators searched Ambriz’s home on Sept. 28 and allegedly found 82 firearms, boxes of ammunition and magazines, cocaine, a scale and narcotics packaging materials.

Prosecutors filed a motion for detention asking that Ambriz be kept in jail pending trial because of the “arsenal” of firearms in his home. “This quantity of guns suggests he was unlawfully possessing or selling the firearms,” the motion said.