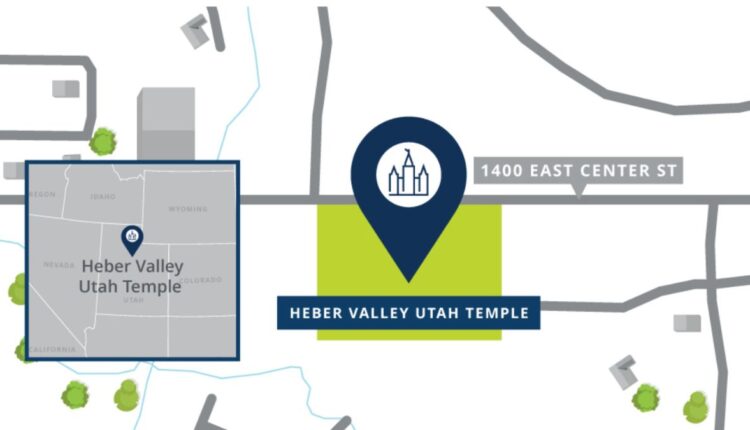 HEBER CITY, Utah — The Church of Jesus Christ of Latter-day Saints published a press release on September 20 with details about the location and architecture of the planned construction of a new temple in Heber City. The temple will be constructed on 17.9 acres on 1400 East Center Street. The construction will begin with a groundbreaking ceremony held on October 8. The temple was announced in October 2021 by Church President Russel M. Nelson, and is planned to be approximately 88,000 square feet when constructed. There are several other temples announced or currently under construction in Utah, including in Bountiful, Brigham City, Cedar City, Draper, Jordan River, Layton, Ogden, and additional locations.

The featured image of the temple is an artists rendition of the Heber Valley Temple that was released in the press release from September 20.