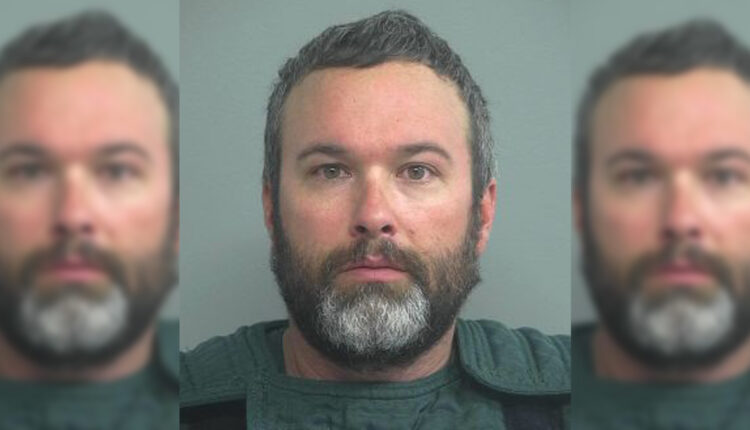 WARNING: Contents of this story may not be suitable for all audiences due to the sexual nature of the crimes. Reader discretion is advised.

GREEN RIVER — A 42-year-old Manila, UT man will spend at least the next 25 years in the Wyoming State Penitentiary after pleading guilty to two first-degree felony sexual assault of a minor charges today in Third District Court.

Paul Hamilton Sawyer was sentenced to concurrent 25-50 year sentences by Judge Suzannah Robinson after entering into a plea agreement in two separate Wyoming cases. Sawyer admitted to digitally penetrating his then 16-year-old adopted daughter inside a camper at the Flaming Gorge Reservoir in 2017, and doing the same to his 11-year-old adopted daughter while camping at Flaming Gorge in the summer of 2020.

The daughters were legally adopted by Sawyer from two different families and had no biological connection.

The global agreement also included charges that Sawyer pleaded guilty to in Daggett County, UT last year. Deputy County Attorney Lora Cooper said the majority of Sawyer’s crimes occurred while he lived in Manila where he’s been sentenced to one 25 years to life term, and two 15 years to life terms.

All of the sentences in both Wyoming and Utah will be served concurrently according to the agreement. He was remanded to the Wyoming State Penitentiary following today’s hearing.

Sawyer’s ex-wife and his oldest stepdaughter delivered impactful statements prior to sentencing today. Rae-Ann Ruble spoke about the different and damaging impacts Sawyer’s crimes have had one her daughters and entire family.

She said her youngest daughter still talks about loving her father and feels bad about that, while all of her children continue to seek counseling. Ruble said Sawyer manipulated her daughters into believing he was the only parent who truly cared about them, and portrayed her as an unfit mother.

“My oldest daughter can’t even come by my house anymore because everything about my home is a trigger for her. If I choose to stay in Manila, my girls will have to carry the stigma of their abuse forever.”

She also said Sawyer accumulated “a mountain of debt” she knew nothing about which allowed him to continue his manipulation in a financial manner.

Ruble’s oldest daughter asked Robinson to consider making Sawyer’s sentences consecutive because of the damage he has caused her entire family.

“It’s not fair that he may have a chance at another life someday when mine was taken from me and now I have to rebuild it,” she said.

In closing arguments, Sawyer’s attorney Edwin Wall asked Robinson to accept the agreement because his client will be under the supervision of both Utah and Wyoming jurisdictions even if he ever gets out of prison.

Wall said that Daggett County Attorney Kent Snyder called it one of the most egregious sexual assault cases he’s ever seen. He said his client understands the seriousness of the crimes and has admitted his guilt in both jurisdictions.

Cooper said she understands the victims’ desire for consecutive sentences but added that the global agreement will most likely mean Sawyer will never get out of prison.

“And that’s what everybody wants in this case,” Cooper said.

Robinson accepted the plea agreement and said these are the types of cases that tear families and communities apart.

“Nothing the court does today can put the family back together again,” she said. I hope you can all begin to heal beyond today.”

No restitution was ordered in either case, and Sawyer will be given 470 days credit for time served at the Sweetwater County Detention Center.