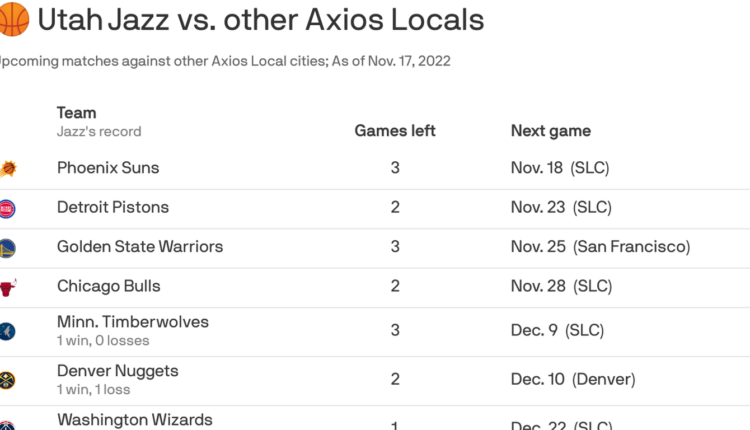 The Utah Jazz are off to a surprising start to this NBA season, despite their current three-game losing streak.

Driving the news: We decided to come up with a new way to track the team’s success this season: Jazz vs. Axios Local.

What we’re watching: Maybe after this season, the Axios SLC crew will have some bragging rights. Currently, that honor sits with our friends in Boston as the Celtics have the NBA’s best record.

What’s happening: So far, the Jazz have played nine games against teams in other Axios markets. They have gone 4-5 in those matchups.

What’s next: The Jazz still have 28 games left against other Axios cities including Friday night’s matchup against the Phoenix Suns at Vivint Arena.

Path Cleared for Georgia to Launch Work Requirements for Medicaid