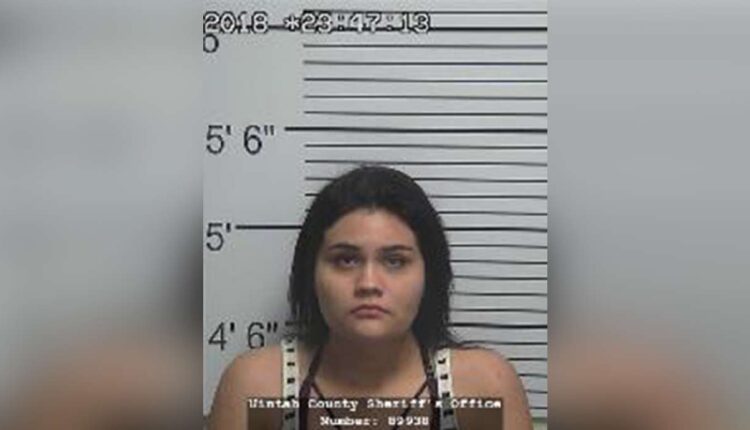 This archived news bulletin is only available for your personal, non-commercial use. Information in the story can become out of date or replaced with additional information. Reading or replaying the story in its archived form does not constitute a republication of the story.

VERNAL – A Fort Duchesne woman was charged with causing second degree burns to her 8-month-old son and not receiving medical treatment.

On January 8, the boy’s grandmother took him to the emergency room at Ashley Regional Medical Center. Doctors then called the police about suspected child abuse, according to two affidavits with search warrants unsealed over the weekend.

“I observed three burns on the child – two burns on the leg and one severe burn in the ankle healing area,” the officer wrote in the arrest warrant.

The grandmother told police that three days earlier, according to Yazzie, another child pulled an iron off a counter and it landed on the 8-month-old. However, after examining the boy’s injuries, a doctor told detectives “he believed this was incompatible with an accident and believed it was deliberate,” the warrants say.

Yazzie did not accompany her son and his grandmother to the hospital.

“I asked where the mother was and the family informed her that she was home. The mother first informed them that she had reported it to the Child and Family Services Department and that they should not call anyone. The family insisted the baby be taken to the emergency room and the mother allowed them to take the child but refused to accompany them, “the officer wrote on the affidavits.

When the police went to Yazzie’s house and questioned her, they asked why she hadn’t taken her son to the hospital. She claimed she had no way of getting there, the warrants say. When asked why she didn’t call 911, Yazzie said her cell phone only received calls but couldn’t call.

“After a full examination of the child, the medical staff discovered a broken rib and a cerebral haemorrhage,” the prosecutors also stated in the indictment documents.

Yazzie’s next scheduled trial is on February 7th.

BYU football: How Keanu Hill found his place in Provo