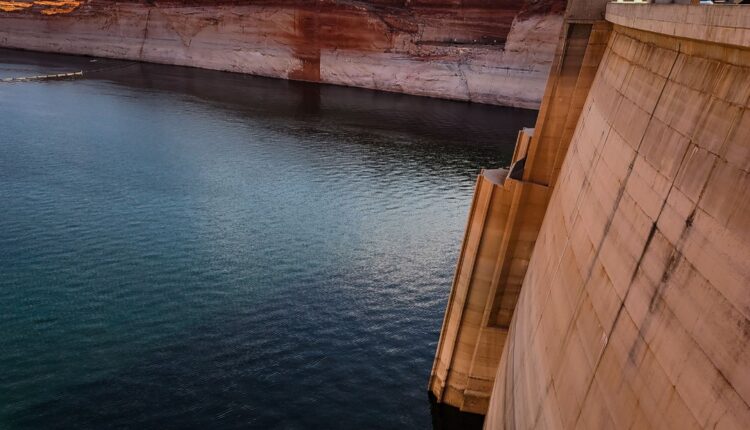 In an effort to protect the infrastructure at Lake Powell and the ability of Glen Canyon Dam to generate electricity, the US Department of the Interior may keep nearly a half million acre-feet of water in the Utah reservoir instead of releasing that water to the Lower Basin states of Arizona, California and Nevada this year as scheduled.

Although it’s not clear the Department of Interior proposal would have any immediate impact on Colorado, it highlights the challenges of balancing a system relied on by 40 million people that has been taxed by water users and climate change. It’s also a reminder of the dire assessment of water in the West amid the driest two-decade stretch in the past 1,200 years.

Tonya Trujillo, assistant secretary for water and science, sent a letter on Friday to all seven Colorado River Basin states outlining the need to potentially hold back the water and the challenges that exist if Lake Powell were to fall below 3,490 feet above sea level, the lowest level at which the dam can generate electricity.

As of Monday, the Lake Powell water level was at 3,522 feet. That level is expected to rise with spring runoff. However, long-term projections show Powell could dip closer to 3,490 feet as soon as next year.

If 480,000 acre-feet of water were held back it would constitute a 6.5% reduction in the volume of water released for the water year, which runs from October through September. Trujillo wrote in the letter that the potential action would be authorized under the 2007 Interim Guidelines, a document agreed upon by all seven states that guides water deliveries throughout the basin. The contents of Trujillo’s letter was first published by the Arizona Daily Star.

Colorado River Commissioner Becky Mitchell on Tuesday called the proposal from the Department of the Interior a temporary solution.

“Colorado understands the unprecedented challenges facing the Colorado River Basin and will work collaboratively to protect critical infrastructure at Lake Powell,” Mitchell wrote in a statement. “It is incumbent on all who rely on the Colorado River to develop longer-term solutions that address the imbalance between supply and demand in the basin.”

Chuck Cullom, executive director of the Upper Colorado River Commission, said the plan would have no immediate direct negative impact on Upper Basin — Colorado, New Mexico, Wyoming and Utah — interests and has the potential for positive impacts by protecting critical levels at Lake Powell .

“It’s encouraging that the Department of Interior is recognizing the gravity of the situation that we face in the Colorado River Basin,” Cullom said. “In particular, understanding that because the storage in Lake Powell has been depleted the system has become increasingly vulnerable to drought and climate change impacts.”

The water in Lake Powell is used by the Upper Basin states to meet annual requirements to deliver water to the Lower Basin states set out in the Colorado River Compact. The water in Lake Powell generates hydropower for millions of people as it passes through the turbines at Glen Canyon Dam. What’s more, revenue generated from the sale of that hydropower has long funded environmental programs that are already looking elsewhere for money amid increasing concerns about the future of hydropower generation.

Trujillo’s letter said the situation at Lake Powell could be headed into mostly uncharted territory for the Bureau of Reclamation, the federal agency tasked with water resource management in the West. The agency she wrote has “very limited actual operating experience” to apply if the water level at Glen Canyon Dam reaches 3,490 feet.

“We hope to be able to delay or avoid operation conditions below the critical elevations referenced above but we fully realize that absent a change in the recent hydrological conditions, we may not be able to avoid such operations,” Trujillo wrote. “This reality reinforces the need for the basin states, and all entities in the basin, to prioritize work to further conserve and reduce use of Colorado River water to stabilize the system’s reservoirs.”

Trujillo’s letter requested feedback from each state by April 22.

The Upper Basin states are in the process of negotiating a 2022 Drought Response Operations Plan that will be finalized in May. The plan could include an agreement for additional releases of water from Upper Basin reservoirs, including Blue Mesa west of Gunnison and Flaming Gorge on the Green River in Wyoming, to further help raise the water level at Lake Powell. Water availability, the timing of any releases and impacts on other resources are all factors being considered for the 2022 plan.

Denver Water receives half of its water supply from the Colorado River and has a significant interest in the current hydrology and reservoir storage levels. Denver Water CEO Jim Lochhead said the organization supports “serious consideration” of reducing planned releases from Lake Powell this year.

“We share the grave concerns expressed in the letter about the potential impact of continuing drought and climate change on Glen Canyon Dam, water users throughout the basin and the environment,” Lochhead said in an email. “We hope these temporary actions will allow some time for discussion and agreement on more permanent actions to increase the resiliency of the system to meet the challenges we face.”

“All eyes and all energies are focused on trying to balance the system in a declining situation,” Kanzer said. “It’s a serious issue, one which we think we can help solve, but we have to keep in mind the basic limitations which are the supply of water — we can’t make any more water. We need to be really good stewards of this limited resource and to be as judicious as we can.”