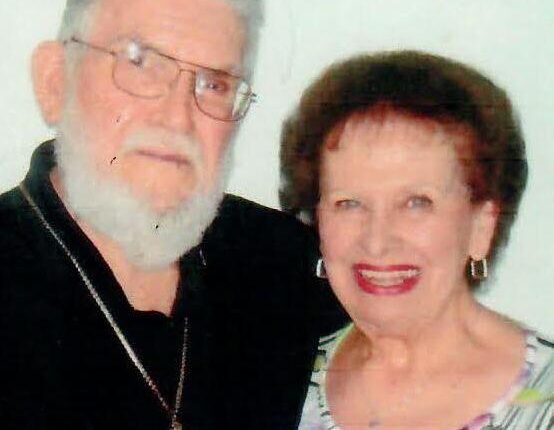 I walked into the loving arms of Our Father in Heaven and the Mother of God, Mary, surrounded by my loving family at home in Layton, Utah on May 21, 2021.

I was born on July 17, 1937 in Evanston, Wyoming to Winston Beard Barber and Etta Lucille Hellewell. I grew up in Evanston and went to school. I graduated from Evanston High School in 1955. I attended the University of Wyoming for a year. I also attended Stevens Henager College in Ogden.

On September 7, 1956, I married the love of my life, John Charles Weis (Jack). Jack died on March 8th, 2020. We are the proud parents of seven children: John, Michelle, Winston, Jody, James, Wendy anddy Margarethe. We have eleven grandchildren and eight great-grandchildren.

Jack and I lived in Salt Lake City, Utah; Arco, Idaho; Pinedale, Wyoming; Spring, Utah; and in Layton, Utah for the past 55 years since 1966.

I was a member of the Saint Rose of Lima Catholic Church in Layton and sang in the choir for over 30 years. The highlight was singing with the choir at a Sunday mass in St. Peter’s Basilica in Rome, Italy. I was a member of the Catholic Women’s Council and served as a civil servant several times. In 1996 I was named Woman of the Year. I was a Eucharistic minister teaching youth classes.

I was a Boy Scout, Cave, Brownie Boy Scout, and 4H leader. I enjoyed spending time with family, traveling, reading, scrapbooking, and cross stitching. Summers were enjoyed in our cabin in Glendale on the upper Weber River.

I worked for the Davis Mental Health and Substance Abuse Center (Davis Behavioral Health) in Farmington for 24 years and retired in 2000.

Instead of flowers, donations can be made to the Saint Rose of Lima Catholic Church in Layton, Utah.

Orange County honors the Valedictorians and Salutatorians of 2021 – Orange Leader