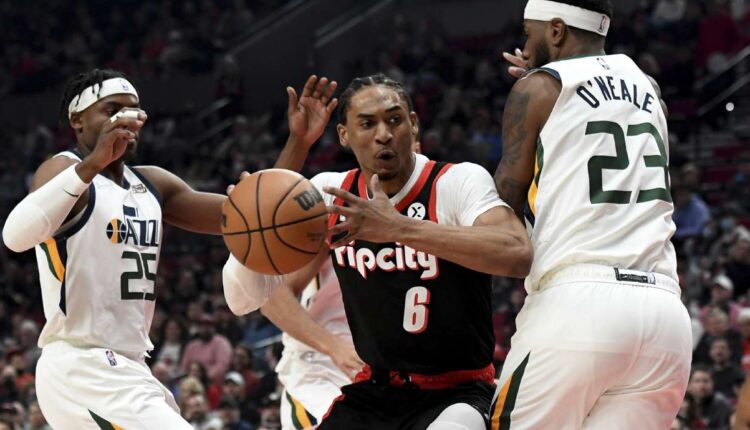 SALT LAKE CITY — It took until Game 82, but the Jazz finally know their playoff fate.

With a 111-80 win over Portland at Moda Center on Sunday, the Jazz clinched the fifth seed in the Western Conference and will open the playoffs against the Dallas Mavericks next weekend.

“We got our work cut out for us, but I feel like we’ve been through a lot this year on a lot of levels, and I think it’s seasoned us in some ways,” coach Quin Snyder said.

Dallas and Utah split their season series, with both teams holding serve at home. Game 1 will be on Saturday at 11 am at MDT in Dallas; the rest of the schedule has yet to be released.

Dallas superstar Luka Doncic left the Mavericks’ win on Sunday with a left calf strain and his status for next weekend is not yet known.

For weeks, the Jazz have said they didn’t care about seeding; their focus was on figuring out their own issues before the playoffs.

But what happens when the team has at least a bit of control over who they are playing in the first round?

Well, we might have seen the answer Sunday night in Portland.

With three other games’ start times playing a role in who Utah would face in the first round, it did appear the Jazz eased their way into the game.

By the time the third quarter rolled around, though, things had cleared up. The Golden State Warriors were up big against the New Orleans Pelicans and the Mavericks had a sizable lead against San Antonio.

That meant Golden State was going to be the third seed and Dallas the fourth, leaving Utah a chance to potentially pick its opening opponent. A win would mean the Mavericks; a loss (coupled with a Nuggets win) meant the Warriors.

Whatever the case, the jazz turned it on in the second half. Utah outscored Portland 26-16 in the third quarter and dominated the fourth quarter to push the lead to 30 and beyond against a Blazers squad that stopped trying to win long ago.

“Over the last week, trying to figure out who you’re going to play and teams are different where I don’t know that there’s a preference in any way, shape or form, but as far as Dallas, specifically, they’re formidable,” Snyder said. “We have tons of respect for their program.”

Juancho Hernangomez led Utah with 22 points, and Rudy Gobert had 18 points and 13 rebounds.

The Jazz finished the season with a 49-33 record.

Ryan Miller has covered the Utah Jazz for KSL.com since 2018.