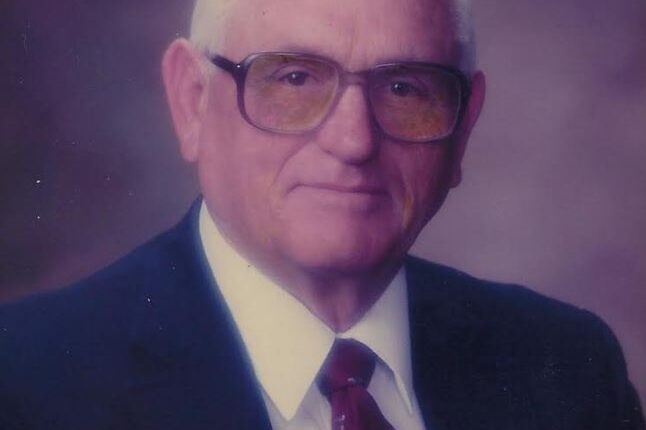 Joe was born on Sept. 28, 1932, in Park City UT to Bertha and Antonio (Tony) Martinez. He was taken care of by his mother and father and Grandma McMillian. He went to school in Park City, and then Heber UT, where he graduated from High School, having been all-state two years in both Football and Baseball.

He was then approached by BYU football coaches to come play football for them. He got a full scholarship to BYU in 1950, where he lettered all four years as a right guard. On February 3rd, 1953, he married the love of his life, Norma Jane King, and then a short time later he was drafted. He served his country in Korea and came home to finish his schooling and football at BYU. He earned his BS degree.

He went on to teach and coach with huge success at Delta, Springville, Provo High where he and his wrestling team took state, and he was awarded “Coach of the Year” in 1970. And finished out his career at Timpview High in 1987. He was an excellent teacher and loved by everyone that knew him. He made a big impact on all the athletes that he coached as well.

He was blessed with 3 wonderful children, Susan Martinez Brown, Ann Martinez Rodriguez, and Mark Joel Martinez. He has 7 grandchildren and many great-grandchildren.

He loved to golf, go to Disneyland, take many walks, be with his family and watch BYU play football!

A graveside service will be held at Provo Cemetery on June 24th, 2022, at 10am, all are invited to attend.

He will be buried alongside his beautiful wife Norma Jane of nearly 70 years.

A military burial with a 21-gun salute will be honoring Joe.