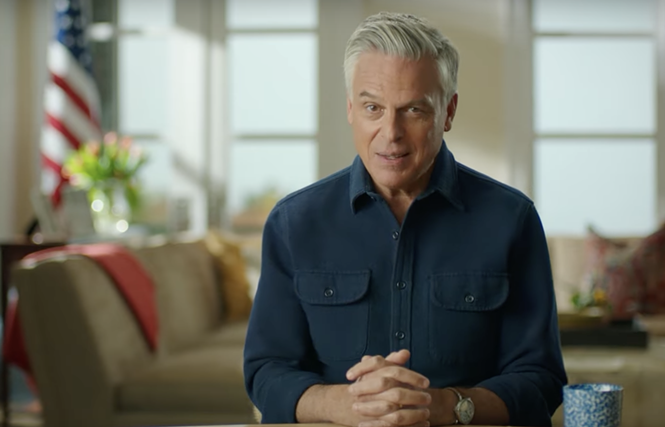 Just when it looked like former Utah Gov. Jon Huntsman, Jr. was fully settled in as a full-time automotive industry executive, up he pops in a last-ditch television commercial endorsing Sen. Mike Lee for re-election. I’d like to say it was great to see him again, but it wasn’t. Far from it.

The Jon Huntsman Jr. I knew—and liked and voted for—was not a person who built his reputation on toxicity. But, these past nights, watching him flippantly tossing his integrity aside for Mike Lee, signals that Jon has traded his cross-party, good guy white hat for the conniving stiletto that is the Lee campaign. He thus becomes but one more former icon who has done the math and concluded that it’s easier to kowtow to party than to stand on principle.

Jon owed Mike an endorsement favor as payback for Lee’s endorsement of him in the Utah governor’s race two years ago. Jon is also the person who launched Lee’s political career, helping to send Lee to Washington, DC, in the first place after Lee served as counsel to the then Utah governor. So, who can blame folks for thinking Huntsman’s true color is one of ideological pragmatism, not societal optimism, all along?

Jon’s own father said it best when he proclaimed Lee to be an “embarrassment” to Utah back in 2015. Jon Sr. even pointed his finger at Lee for causing financial losses to his cancer-curing causes. That was before Lee set upon the past four years of Trump bootlicking, proclaiming that Trump was comparable to Mormonism’s Captain Moroni, admitting to working 14-hour days to find a way to undo the 2020 presidential election, and his asking—no, pleading— for words from the string-pullers about how to frame his public comments around the baseless claims of election fraud leading up to the insurrection at the United States Capitol building.

Yet, Jon Jr endorsed this guy. Amazing. If you watch closely, Jon hardly gives Lee a full-throated endorsement, even coyly smiling and saying he doesn’t always agree with Mike. yeah right If would be nice if Jon openly said exactly what he disagrees with, because for all a viewer can tell, Jon only disagrees with Mike on matters like what style crouton to toss upon his wedge salad. Lee is a wedge of the first order and today’s Huntsman is but a load of pungent bleu cheese dressing.

Since Jon is not open about what it is he disagrees with Lee on, it’s fair for viewers to assume that Huntsman fully agrees with Lee’s denouncement of democracy, his embrace of authoritarianism and his rock-solid support of Donald Trump. Don’t be surprised when, in two years, Huntsman jumps on the very same Trump bandwagon that he was ready to board had he won Utah’s governorship again, the very same one that he condemned for all of one day, but of which he has said little publicly since.

Here’s what Huntsman said of Trump on January 7, 2021, “Our light has been dimmed by repeated reckless behavior encouraged by our President, who has shown time and again he cares more about his own ego and interests than in building trust in our ever- fragile institutions of democracy.” He knows full well the role his buddy Mike Lee played on that day and those leading up to it. And now the words he delivered against Trump apply fully to himself as well.

Who, after all, is Jon appealing to in that half-baked endorsement, anyway? The far right of the Utah Republican Party (soon to be the Trump Party) hardly needs Jon to tell them anything. They are solid for Lee. Is Huntsman talking to me and other independents and Democrats to swing for Lee? Well, we aren’t, so put that wasted breath back in your pocket, Jon.

So, it must be disenfranchised Republicans that Jon hopes to sway—precisely the same group that rejected him in his bid to return as Utah’s governor. Why should they trust him now, when they didn’t trust him then—even with Lee’s endorsement? In 2016, Huntsman had the Dems and Indy’s pretty much in his camp (had he made it to the ticket), remembering as they did the “cool” things he did as a warm, embracing and full-tent governor. He gave them the hope he now tosses into the trash heap.

It’s also ironic that Huntsman himself once considered running against Mike Lee. He knew that Lee had become a liability. Then came Trump and all bets were off. And now, when he actually has a chance to broker the change that would make for better government in Washington DC, by helping to remove the tainted Lee from office, he instead sides with him. That must be one helluva friendship.

Evan McMullin must be shaking his head. He is the embodiment of what Jon Huntsman Jr used to be. So it is that Huntsman can somehow look in the eye of McMullin—a man of impeccable cred when it comes to core service to this country—and declare that it is actually Mike Lee who possesses “unshakable integrity” and “fidelity to the constitution, ” and who is a man of “principled leadership.” Those are 10 cents, political popcorn bilge words.

Huntsman’s commercial begins with him claiming, ambiguously, that we must listen to him because “there’s a lot of noise out there.” Well, he just added to it. That sound you hear is one more cynical crack in the glass that is our “fragile democracy.”

Where is the stock market headed? – St George News