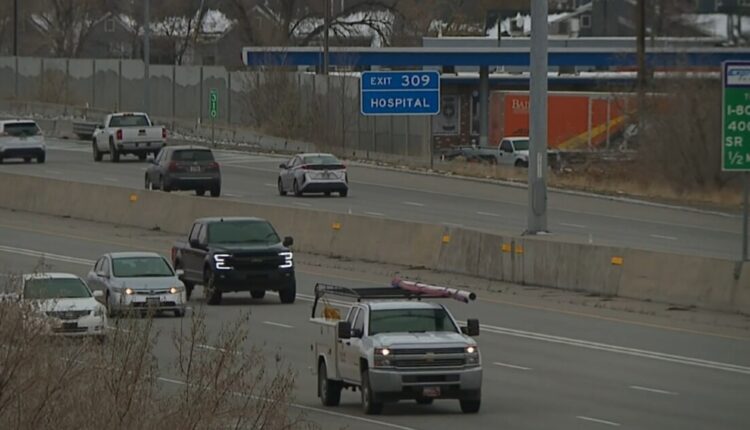 SALT LAKE CITY — Utah is growing, and everyone knows it.

To help with this growth, the Utah Department of Transportation has released its new proposed Interstate 15 expansion that would widen I-15 to five lanes from 400 South in Salt Lake City to US 89 in Farmington. It would also add an additional express lane to help decrease the heavy traffic seen in the area.

While a reduction in traffic might sound nice to most people traveling between Salt Lake City and Davis County, some Rose Park community members and others with homes along the freeway are worried about how the expansion could impact them.

Daniel Strong and Kevin Parke live on the west side of Salt Lake City. They say their community has borne the brunt of Utah’s growing pains, adding that UDOT’s proposed I-15 expansion is just another thing that will hurt their community.

“We’ve recently been set by the prison, the inland port, and we’re aware there is a huge environmental disparity between the east and the west side both in our resources and in our health impacts,” said Strong, the president of the West Side Coalition, an organization that raises awareness for needs and concerns of Salt Lake’s west side.

Health impacts are what most worry Kevin Parke, who has seen friends forced out of Salt Lake City due to health concerns.

“Their doctors say you either move or you go on oxygen,” he said.

Strong and Parke are also worried about what the expansion would mean for homes close to the freeway.

“A lot of the homes developed along the freeway were developed for low-income folks, so especially to remove those homes for people who are already struggling is a slap in the face,” Strong said.

“They’ll be compensated, but will they be able to buy a comparable home in Salt Lake City or will they have to go further away?” Parke added.

UDOT officials said they are thinking about the losses of homes and businesses as they look at different solutions for Utah’s ever-changing transportation needs.

“When you’re talking about a project that is this large, there is that potential, and we understand the concern,” UDOT spokesman John Gleason said. “Which is why we want to work closely with homeowners and businesses and people that would be affected.”

The widening of the freeway is just part of their proposal; UDOT recognizes that they cannot build sustainable transportation solutions by just increasing the space and number of cars on the freeway.

“We have to look at transit, walking and biking passes,” Gleason said. “It’s not just about moving vehicles — we have to look at how we can move people, making the best transportation solution decisions for the future.”

Parke gives credit to UDOT for the community outreach, but Strong and Parke are hopeful UDOT can achieve the goals of this project without sacrificing their community.

“It’s easy for people to comment and complain on Facebook, but when it comes down to coming out for a meeting or commenting on the website, they’re not taking that next step,” Parke said.

UDOT has extended the public comment period on the expansion to Jan. 13. You can give comments or read more about the proposals on the UDOT website.

There are also options for in-person public comment on the expansion: