Salt Lake City, UT—In her own words, June Orme entered this world with nothing, then, 101 years later, left “with everything” after pursuing all the wonder, adventure, knowledge, and great books that can fit into a lifetime.

She was born Dec. 27, 1920, in Green River, Utah, the daughter of a hardscrabble rancher whose young wife succumbed during childbirth.

June died on July 4, a few hours before fireworks lit up Salt Lake Valley, a coincidence her family deems an appropriate acknowledgment of her independent and buoyant spirit.

Between those milestones, June pursued experiences and expertise that won admiration from friends, family, colleagues, and the community at large. She was a founder and early director of the Head Start program, giving low-income children a leg up in education and life. She was elected to the Salt Lake City School Board where she was a strong advocate for teachers. She was an executive for the Utah Professional Review Organization, an early innovative approach to ensure quality health care while controlling costs.

Later in life she became a serious student of art history, volunteering as a docent at the Utah Museum of Fine Arts. That enthusiasm took her around the world, to the aesthetic meccas of Europe and the architectural wonders along the Volga River. These sojourns cemented deep, lasting friendships.

June’s interest in nursing guided her early professional life. After her mother’s death, she was adopted by her kind uncle and his wife, Dow and Elva Young. She grew up in the small coal-mining town of Price, Utah, during the Depression, and the experience left her determined to get out and see the world. She met a young medical intern, Jim Orme, while in nursing school in Salt Lake City. Their passion for medicine led to passion for each other, and a life raising four sons, more than a few horses, and adventures in the deserts and mountains of Utah and the West. Eventually, she would oversee the purchase of land along a lovely stretch of the Weber River, building a small home that remains a family refuge to this day.

The intellectual challenges of diagnosing and treating illnesses provided the spark linking June and Jim. When the New England Journal of Medicine would arrive at the house, they sat down together over the dinner table to ponder and solve the weekly case history of a patient’s puzzling malady. Eventually, June became an intensive care nurse.

She pursued her multiple professions and interests all while being a mother who fed, disciplined, and mentored four sons. She kept score at baseball games, ensured teeth were straight, and insisted each make a good faith effort to play the piano. When life threw a curve, she got her boys back at the plate. She demanded they get a good education and journey to distant horizons.

In her quest for knowledge, adventure and all that the world offers, she set the example for grandchildren that life is to be pursued and enjoyed, that learning never stops, that a good book must always be at hand.

She also is survived by many close, dear friends — companions who made sure June was part of the party, even as she approached the end. And there are her “favorite niece and nephew,” Barbara Bing and Steve Nelson, grandchildren of June’s birth parents, Vera and Alfred Seamount. It was among June’s most joyful times when she finally met and started to spend time with her older birth sisters, Fern and Leona.

June’s family misses her and cherishes every memory — the example she set at each stage of her remarkable journey. She was smart, opinionated, strong, and wise. Sometime in the not-too-distant future, we will gather to celebrate a life we ​​all would be wise to emulate. We’ll be in touch. 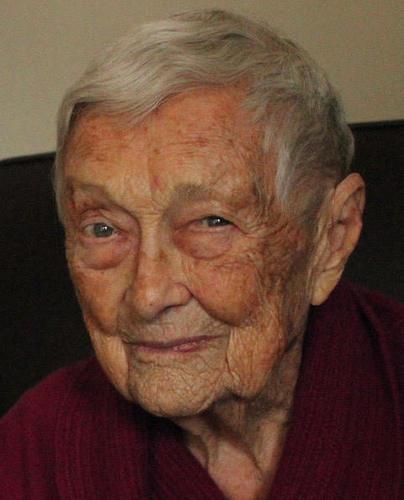