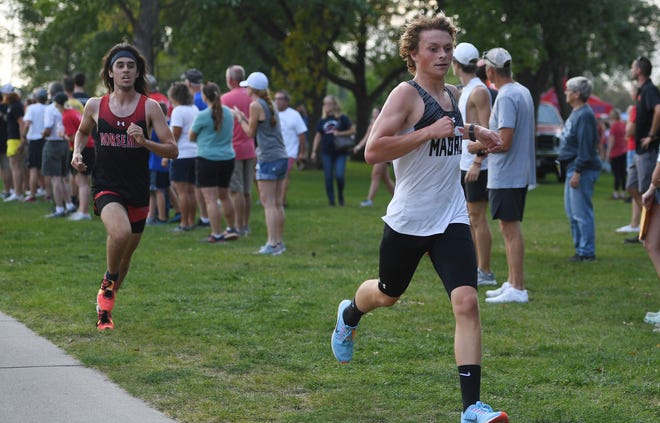 Fighting a conference rival last week got the most out of Tigers football while the cross-country teams saw some high profile competitions. (Note: events from September 8th to 14th)

The Tigers approached victory last Friday and fell back to the undefeated Ogden (3-0) just under 27:21 in the final minutes of the game.

After three quarters, Madrid led the Bulldogs 21:13, marking the team’s first lead of the season. That was wiped out Ogden with two unanswered touchdowns in the fourth quarter. Jacob Kockler and Jake Leonard made the near miss possible and chose Ogden’s star quarterback Lane Snedden to shorten the field for the Tigers.

That was helped by Brady Leonard, who rushed 57 yards and made a touchdown with 106 yards. He linked up with Caydon Tucker for a touchdown and had a groundbreaking 55 yard throw against Matt Fuller.

Madrid will face another WCAC opponent, Earlham (2-1) at home on Friday. After losing to Van Meter in their first game, the Cardinals hold a 91-7 win thanks to a productive running game that averages 7.5 yards per carry with guns all around.

Madrid’s two teams took part in a mega invitation Monday in Huxley, with the girls finishing 20th out of 22 teams and the boys finishing 16th out of 24 schools. Not only did over 150 runners compete in each race, the competition was also a mini-preview of the state meeting, which featured high-ranking teams such as Solon, Dallas Center-Grimes, Des Moines Christian, and Ballard.

The Tigers took several wins last week after beating Collins-Maxwell on Monday and West Central Valley on Tuesday. The statistics were still being processed at the time of creation.