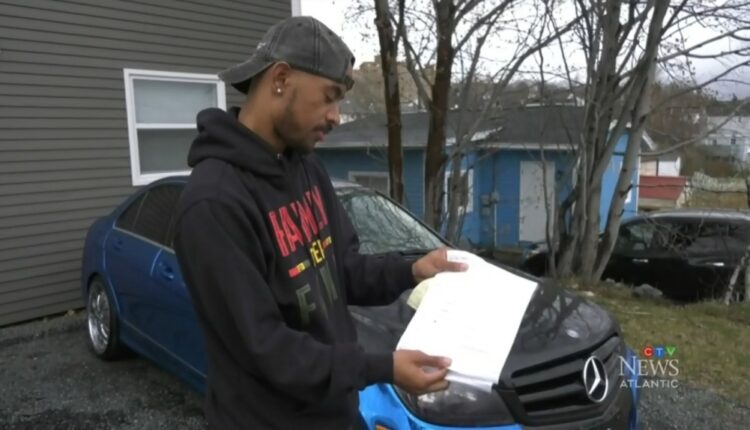 A Halifax man is accusing Nova Scotia RCMP of racial profiling after he and his brother were approached and ticketed by the same officer within two months.

Police seized his car last week. He got it back Thursday. But getting it out of the impound cost him $621 and endless frustration.

When you ask Provo, he’ll tell you the problem with this particular officer began a month and a half ago.

He says that’s when the RCMP officer took his brother into custody for illegally parking outside a liquor store in Cole Harbour.

The officer demanded a breathalyser while Provo and his brother demanded to know why he was followed and pulled over in the first place. Provo said his brother passed the breathalyzer and was released.

Last week, Provo said that same officer approached him at a gas station in Timberlea as he put air in his tires.

“He ran my plate and said my license is revoked. I said I don’t know what you’re talking about. I have my license, I have everything right here,” he said.

Provo called Access Nova Scotia who said he admitted to an error. He said he tried to explain it to the officer and asked for a supervisor.

Provo said the supervisor arrived, but so did a tow truck. Despite his brother showing up to drive the car home, his car was seized for 90 days. After protesting about what happened, he was able to get it back nine days later, but is on the hook for $621 and a ticket for driving with a revoked license.

“It was just abuse of power on so many different levels,” said Provo, who believes police should have recognized his brother could drive the vehicle home and accepted that Access Nova Scotia made a mistake.

“RCMP have a lot of explaining to do. I won’t let this go,” he said.

RCMP declined CTV’s interview request and sent a statement, citing the Privacy Act as the reason why police couldn’t talk about this specific incident.

“RCMP is aware of a social media post regarding the conduct of one of our police officers. We take these concerns very seriously,” Cpl. Chris Marshall with Nova Scotia RCMP said.

Marshall encouraged anyone with concerns about a member’s conduct to contact their local detachment to speak with a supervisor or an inspector.

Provo said he is filing formal complaints with RCMP and the human rights commission. He is also set to meet with an RCMP inspector about the incident.

He said he’s speaking up so other people don’t go through this.