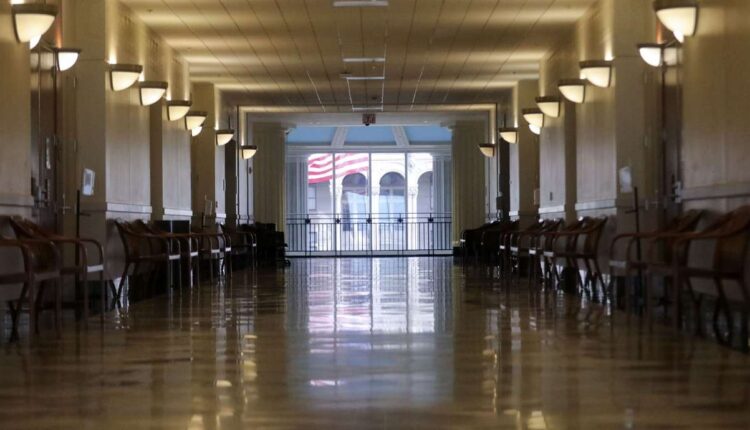 Man who ran over wife at Salt Lake airport, killing her, is sent to prison

A West Jordan man who killed his wife by running her over at a Salt Lake City International Airport parking lot was ordered Friday to spend one to 20 years in prison. (Kristin Murphy, Deseret News)

SALT LAKE CITY — A West Jordan man who admitted to running over his wife in the parking garage at the Salt Lake City International Airport, killing her, was ordered to prison Friday.

Shawn Christopher Sturgeon, 38, pleaded guilty to criminal automobile homicide while driving under the influence, a second-degree felony, and domestic violence in the presence of a child, a third-degree felony.

Third District Judge Paul Parker sentenced him to one to 15 years in the Utah State Prison for the homicide charge and a term of zero to five years in prison for the domestic violence charge, and ordered the sentences to be served consecutively — essentially a sentence of one to 20 years.

Surveillance videos from April 4 show Sturgeon was arguing with his wife and yelling at her as they returned from vacation. He put their child in the car and began backing up before his wife was in the car. After running over her both backward and forward, he put her in the car and drove to the payment booths asking for help.

“(He) argued with his wife so loudly and viciously that it made several people in the area uncomfortable enough to stay and observe the ultimately fatal conclusion to this argument,” charging documents state.

One witness told Sturgeon not to go anywhere and that he was recording video of the incident. Another witness told police that after Charlotte Sturgeon was run over, Shawn Sturgeon got out of his car and asked his wife why she did that.

“Now I have to take you to the emergency room,” Sturgeon said before he “aggressively picked her up and pushed her toward the front passenger seat,” the charging documents allege.

Charlotte Sturgeon, 29, was given medical aid by paramedics and taken to the hospital where she later died. Shawn Sturgeon’s blood-alcohol level was measured at 0.13%.

Her parents both spoke before the court at the sentencing hearing. Sturgeon also spoke to the court, and the judge reviewed letters from his sister and others before imposing the sentence.

“My selfishness of over-consuming on the flight back from a cherished family vacation caused me to black out and, most importantly, caused the death of a true angel, Charlotte Sturgeon,” he told the judge Friday, according to KUTV. “I will never forgive myself for what has happened but I will spend the rest of my life trying to make up for it.”