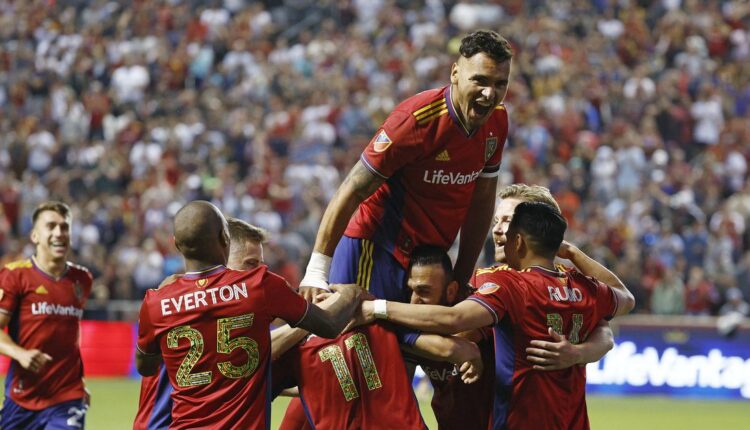 On the road again. The Columbus crew is away from Lower.com Field for the seventh time this season. For the first time this year, the crew heads out West, traveling to Sandy, Utah to take on Real Salt Lake, the second-best team in the Western Conference.

Real has amassed 28 points so far this year, sitting just two points behind LAFC, thanks largely to a 6-0-1 record at Rio Tinto Stadium. It will be a tall task to get a full three points on the road for a Black & Gold team that has another lengthy injury report heading into this match.

The inter-conference clash between Columbus and Salt Lake will be the first match where winger Justin Meram has faced off against his former club since the Crew traveled to Atlanta United in September of 2019. Similarly, the Black & Gold also have not played against Real since July of 2019. Interestingly, Meram and the teams Meram has been on have only lost to Columbus.

Real Salt Lake at a glance:

Damir Kreilach has been the danger man for RSL for a couple of years now but is out indefinitely after back surgery. With Kreilach out, Savarino is the player to watch.

Savarino is the only Designated Player for Salt Lake, typically playing in a wide position, as a forward, right midfielder or right winger. With injuries to the Black & Gold’s left full back position (both Pedro Santos and Will Sands are questionable), Savarino could prove dangerous. The Venezuelan will look to make line-breaking runs behind defenders and is a clinical finisher.

Savarino first played for RSL from 2017-2019, transferring to the Brazilian squad Atletico Mineiro. Savarino return to RSL this season and has recently returned from injury, playing only three matches this year.

Real likes to play a 4-4-2 formation, with one vertical and one hold-up striker. Cordova has been the vertical threat for RSL while the team has relied on Bobby Wood to play more with his back to goal. In Wood’s absence, expect Rubio Rubin to get the start. With the arrival of Cordova, on loan for FC Augsburg, Salt Lake has established a dangerous forward group.

The Cobalt and Claret are dangerous on set pieces and corners with five goals coming from center backs. While Columbus will often attempt direct free kicks, Real will often look to place them for a teammate to attack. Meram has been taking the free kick responsibilities and corner kicks from the left corner.

When RSL is not scoring goals from set pieces, the team looks to attack in a few separate ways: line-breaking runs in behind, crosses into the middle after a long build-up or creating turnovers via a high press. With two forwards, Salt Lake will press the center backs looking to create turnovers in their attacking third. Real will drop off this pressure at times, but when the team engages in a high press, it is well organized and the team works well as a unit.

When RSL is building up possession, the team uses overlapping full backs to get numerical advantages on the wings to play in crosses. Crew defenders will need to be vigilant as Salt Lake will play early crosses into players making early runs. Real will try to get in behind often throughout the game. RSL and Columbus are tied for third in the league for being offsides.

How the crew can win:

Winning at Rio Tinto Stadium will be a tough task for the Black & Gold, as RSL is undefeated at home this year. Real has a solid center back pairing between Glad and Marcelo Silva and goalkeeper Zac MacMath is having a great season. Columbus will need to play through RSL’s pressure and avoid mistakes at the back, and to the Black & Gold’s credit, they have plenty of practice and ability to play through pressure. Head coach Caleb Porter will rely heavily on central midfielder Darlington Nagbe to keep possession.

While Salt Lake does play four midfielders, two of them play wide which leaves only two central midfielders. Columbus should have numerical advantages in the middle of the pitch and the crew will need to use this space to disorganize the defense and look to make line-breaking forward passes. Runs from the midfield have created confusion for the RSL defense and they have allowed free runners into the penalty box. The Black & Gold will also need to take more chances if they are to get a result at Salt Lake City with James Igbekeme needing to take more shots if Lucas Zelarayan is absent.