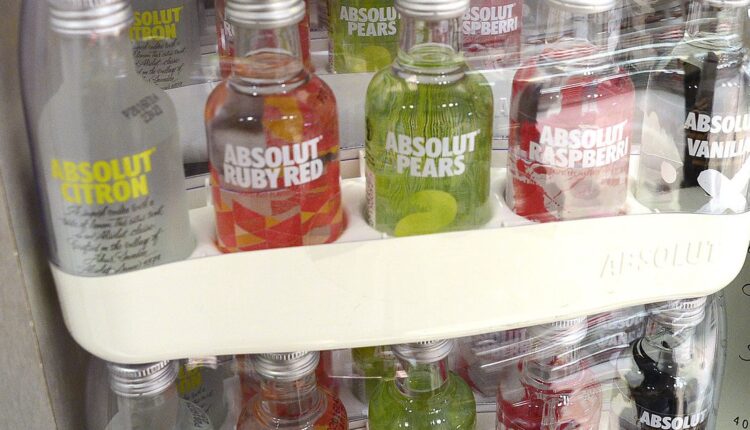 Minibottles are closer to being sold again in Utah liquor stores

DABS commission is paving the way for the small bottles of hard liquor, not seen in Utah bars since 1990, to make a comeback.

(Scott Sommerdorf | The Salt Lake Tribune ) Minibottles of alcohol for sale at the Duty Free Americas shop at the Salt Lake City International Airport, Thursday, Dec. 29, 2016. The Department of Alcoholic Beverage Services’ commission, it’s meeting on July 26, 2022, has moved forward on a rule to bring minibottles back to Utah liquor stores.

Minibottles, once a symbol of measured drinking in Utah bars, are a step closer to returning to the state’s liquor stores after a three-decade absence.

The Department of Alcoholic Beverage Services’ commission on Tuesday voted to open a public comment period for an administrative rule to approve the sale of 50-milliliter bottles of hard spirits in Utah.

The commission, which now has its first female chair, also opted not to issue any new bar licenses this month — after finding fault with the applications of three establishments.

The minibottle rule was one of several administrative rule changes the commission moved to public comment periods. Final votes will follow in the next few months.

The current state statute does not allow bottles of hard liquor smaller than 200 milliliters, or 6.76 ounces — except for airplane flights and hotel room service. If the commission adopts the rule change, the minibottles, which contain about 1.7 ounces of liquor, could be sold in liquor stores, some package agencies and onboard planes and trains.

Minibottles appeared in Utah bars in 1969, a compromise by the Utah Legislature after Utah voters turned down a “liquor by the drink” referendum on the ballot in 1968. Before that, people who wanted to drink in a bar had to “brown-bag ” Their own booze bottle to the bar, and pay for a glass of ice or mixers.

With the minibottles, a bar patron would be served the mixers or ice, and the bottle to pour themselves. The tiny bottles were credited with opening up Utah’s bar culture and allowed restaurants to serve mixed drinks.

But in the 1980s, the small, individually packaged vials of alcohol fell out of favor and were later replaced in bars with bottles equipped with metered-pour devices that would dispense a single ounce of spirit per drink. That weak pour was later raised to 1.5 ounces, though Utah’s reputation for watered-down drinks remains.

The commission on Tuesday also opted not to issue any new bar licenses this month, after hearing from three applicants — The Durango Bar on State Street in Salt Lake City, which now has a tavern license; Verse, at an LGBTQ+ bar set to open in September in Salt Lake City, which experienced some construction delays; and The Coop by Roosters in Midvale — and deciding each still had work to do to satisfy their licensing requirements. Commissioners noted that they have only four full bar licenses to hand out for the rest of 2022.

And on Tuesday, for the first time in the commission’s 87-year history, the DABS was chaired by a woman. Julie Tennert, who was appointed by Gov. Spencer Cox, has served on the board since 2020 and had been his vice-chair. She succeeds Tom Jacobson, who completed his one-year term as board chair and will remain as a board member. Tara Thue will now serve as the commission’s vice-chair.