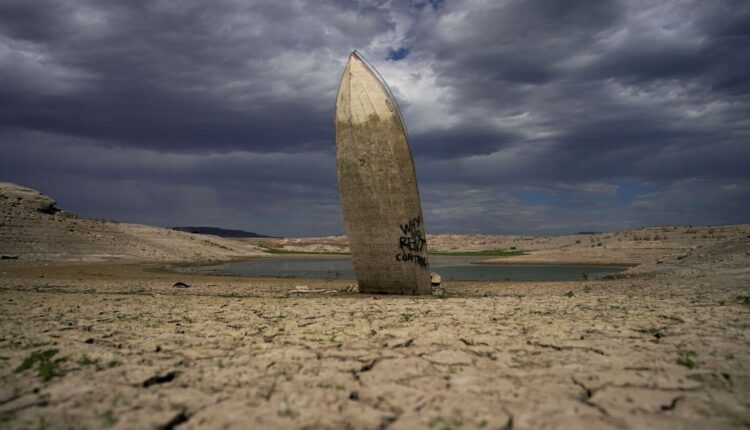 The National Park Service is reporting yet another body that has been discovered in the receding waters of Lake Mead, with the latest one found Monday.

That makes three bodies so far, including one from the 1970s or 1980s based on the clothing attire found in a barrel, investigators said.

According to a report by CNN, the medical examiner is determining the cause of death of the latest body and a perimeter has been set up.

The discovery is yet another unsettling reveal as Lake Mead shrivels amid what scientists are saying is the worst regional drought in 12 centuries.

The body in the barrel was discovered on May 1 and yet another body was found May 7 in the Callville Bay area. In addition to bodies, the low water levels at Mead have revealed sunken boats, including a World War II era landing craft.

Lake Mead is the nation’s largest man-built reservoir but is at a historic low amid a drought that has pummeled the West for 22 years.

Fed by the struggling Colorado River, it is part of a system upon which 40 million people rely for drinking water and irrigation of fields

In May, the US Bureau of Reclamation took a historic first step to move more water into the system from upstream Flaming Gorge and also reduced water deliveries to the lower basin states by a half million acre-feet to prop up neighboring Lake Powell.

Lake Powell challenges: The low water levels at Lake Powell are revealing a new desert landscape not seen since it first began to fill in the 1960s. It has threatened power generation at Glen Canyon Dam, forced alterations to boat ramps or outright closures and a once thriving tourism industry is at risk.

Old railroad tracks once covered in water and not visible since 1964 are now exposed.

The US Bureau of Reclamation is making adjustments at this time of new, arid hydrology and is due to release a study next month to guide operations on the Colorado River into next year.

Minibottles are closer to being sold again in Utah liquor stores