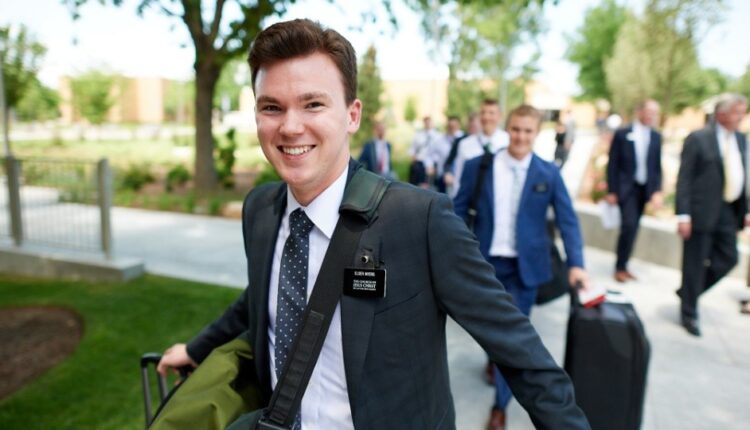 The Provo Mission Training Center reopened for face-to-face training on Wednesday, June 23, when 248 missionaries arrived at home after a week of online classes. They will continue to arrive every Wednesday for the coming weeks. (Church news)

The Provo Mission Training Center reopened for face-to-face training on Wednesday, June 23, when 248 missionaries arrived at home after a week of online classes.

Similar numbers are expected to arrive every Wednesday for the coming weeks, according to a news release from The Church of Jesus Christ of Latter-day Saints. Missionaries will train in person for approximately two weeks before traveling to their area of ​​assignment. The Church also began a new era of online teaching for a week at home before the missionaries left for the MTC.

“I think we noticed that relationships were being built by meeting members of your district here,” President Benson L. Porter, president of the Provo MTC, said in the press release. “I think some of the fear they felt before when everything was new is gone. Now they have a few friends, they have a district. “

As a precautionary measure, the Provo MTC will be operating at reduced capacity for the foreseeable future, and COVID-19 tests will be given to anyone who shows symptoms while exercising. As a temporary precaution, only fully vaccinated missionaries can train in person at the Provo MTC.

Not all missionaries who have a mission call will train in person. According to the press release, missionaries are not currently receiving personal language training either. But invitations for missionaries to receive training at the Provo MTC will increase as conditions improve.

“Missionaries and local leaders will be contacted directly when invited to a local MTC experience. Unless otherwise contacted, new missionaries will continue with online home training, ”the press release said.

EDITORIAL: Rising water prices when reservoirs dry up? part One