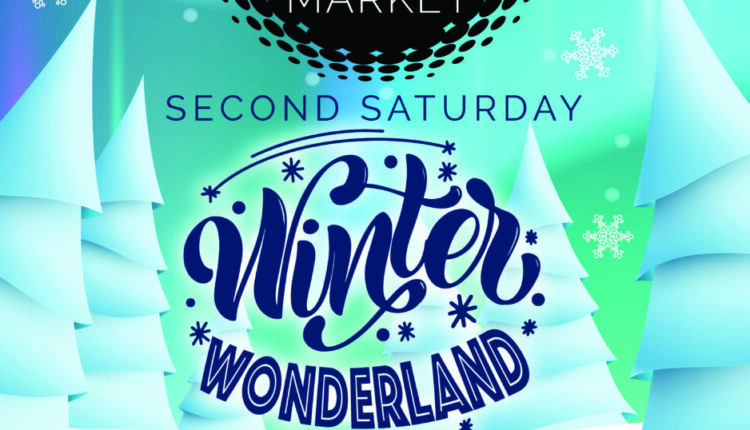 The Winter Wonderland market is coming to The Monarch on January 8, 2022. Further information can be found at themonarchogden.com/happenings.

The monthly Ladies’ Nights at The Monarch will continue on January 20, 2022 with the All White Party. Further information can be found at themonarchogden.com/happenings.

The Winter Wonderland market is coming to The Monarch on January 8, 2022. Further information can be found at themonarchogden.com/happenings.

The holidays will soon be over, but the parties won’t. The winter festivities continue into the New Year at The Monarch – a winter wonderland market; “New Year New Vibes” All White Party Ladies’ Night; Canapes, brews, and melodies; and Open Studio Night during Ogden’s First Friday Art Stroll take place in January.

Everyone is invited to join the free arts, food, music and community celebrations each month during the New Year.

Monarch’s first series of events, Open Studio Night and Van Sessions by The Banyan Collective, began shortly after the grand opening of the downtown venue and art space in 2019 and continued safely in 2020 in compliance with all CDC guidelines. A year later, in February 2021, the Monarch Market was created with a changing range of food and art vendors, live music and a bar with cash. In October, the monthly third Thursday women’s evening was introduced. In addition, live music shows began this year making The Monarch a concert venue for all ages.

At the end of 2021 there was something new to experience every week at The Monarch. Special themed markets began with the Pride Kick Off in June with a live performance on the terrace with SLC-based rocker Talia Keys; The Beehive Bash in July gave the Ogdenites a new way to celebrate Pioneer Day with ax throwing and local musicians The Snarlin ‘Yarns and Orchard Wild; Fallapalooza and Boo-Nanza brought in more local musicians, food trucks, cake-throwing, and pumpkin competitions to celebrate the return of autumn; and Gobble till you Wobble and Jingle Jangle Hop rounded out a busy calendar with more seasonal art and food vendors, kids’ activities and live performances.

The monthly Ladies’ Nights at The Monarch will continue on January 20, 2022 with the All White Party. Further information can be found at themonarchogden.com/happenings.

Witches’ Night Out was the first women’s night at The Monarch to continue as a monthly event. The Calm Before the Storm pampered all the ladies in November before the family vacation stress grew, and the All The “Jingle” Ladies Ugly Sweater Party raised money for a local family this month. The Ladies’ Nights take place every third Thursday from 6 p.m. to 9 p.m. and feature a different theme and a unique mix of live music, special performances, and food and art vendors.

The Monarch also presented two live music shows this year, Talia Keys and The Love on the upper deck in the summer and Sammy Brues new band BRUE in the Royal Room, which has become a concert venue for all ages. It also hosted concerts for the Onstage Ogden Downtown Series, Ogden Friends of Acoustic Music’s Dia De Los Muertos concert with Las Cafeteras, Indie Ogden’s Chali 2na summer concert, and more.

The next concert at The Monarch is snOwFOAM 2022 with The Lil Smokies, presented by OFOAM in the Royal Room on Friday, January 28th.

Further details on the January events as well as the upcoming markets and the Ladies Night in February will be announced shortly.

The Monarch’s Specialty Markets, Ladies’ Nights, and Open Studio Night were created for the community to meet with friends and family to celebrate art, and to support the independent artists, makers, and creators of Utah. To stay up to date on upcoming events, visit the online calendar at themonarchogden.com/happenings.