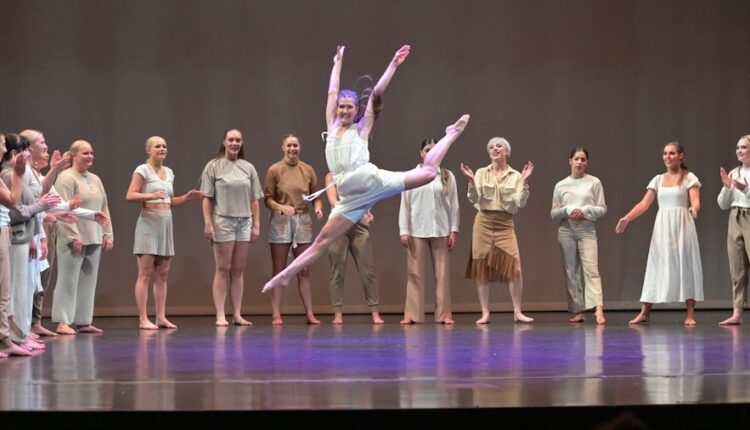 OGDEN, Utah — If only you knew her.

Kassie Searle says she has been fortunate enough to know Jaycee Gray Trivino for more than a decade.

“I started knowing Jaycee when she was a teenager at the dance studio,” Searle said. “She was a light to everyone.”

They remained good friends through the years. So Searle was shocked when she heard about what happened this past weekend.

“It’s the kind of situation where I will never forget where I was and what I was doing when I heard the news,” she said.

Trivino died after what police say was an accidental shooting in Ogden.

The exact circumstances of the case are still being investigated.

Instead of focusing on how her life ended, Searle is remembering how Trivino lived.

“Everybody adored her,” she said. “It is because she had a gift for making people feel comfortable and confident in themselves.”

The Egyptian Theater in Ogden is just one of many theaters Jaycee Gray Trivino loved to perform at. She is well known in the Utah performing arts world. Ogden police are still investigating the circumstances of her death. We spoke with her friends for our @KSL5TV 6pm story. pic.twitter.com/UkCpo3WQOw

That gift helped Trivino become a favorite teacher at Highland Junior High School in Ogden, where she also taught art.

“From the very minute I saw her, she just had people packed around her, so she was a blessing everywhere she went,” Alan Mueller said.

Mueller was Trivino’s bishop and is proud of the young girl he knew grow up to be the amazing woman she was.

The stage, though, is where Trivino truly found her peace. Especially after her brother, Greg, drowned trying to save her when she went underwater as a teenager.

Her friends say it seemed like she always danced for him.

“She didn’t want to let him down and I think she exceeded his expectations,” Searle said.

Trivino was only 27 years old, but that was enough time to make the kind of impact on others Searle hopes to continue.

“I think the only thing to be done is to try and live my life in that way and try and continue the light that she left on the world because it needs to stay,” Searle said.

A GoFundMe* account has been set up to help with funeral expenses.

*KSL TV does not assure that the money deposited to the account will be applied for the benefit of the persons named as beneficiaries. If you are considering a deposit to the account, you should consult your own advisors and otherwise proceed at your own risk.